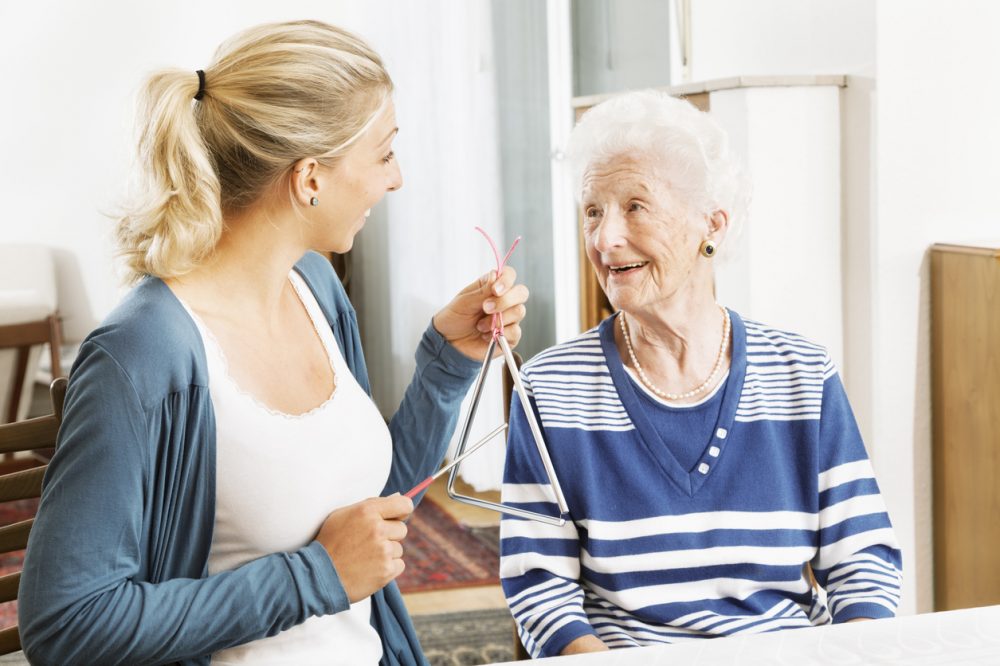 In this blog for our dementia series, Jenny McCleery, Consultant Psychiatrist and Joint Co-ordinating Editor of Cochrane Dementia and Cognitive Improvement, looks at the latest Cochrane evidence on creative arts therapies for people with dementia.

What might arts therapies do for people with dementia?

Living well with dementia is certainly possible. But it would be dishonest not to acknowledge that the lives of people with dementia can be bleak at times. They often feel isolated. Communication with others becomes difficult. Apathy, depression and anxiety are common [1] and very often hard to treat. There can be no doubt about the need to find a range of effective ways to alleviate emotional distress and improve the overall well-being of people with dementia. 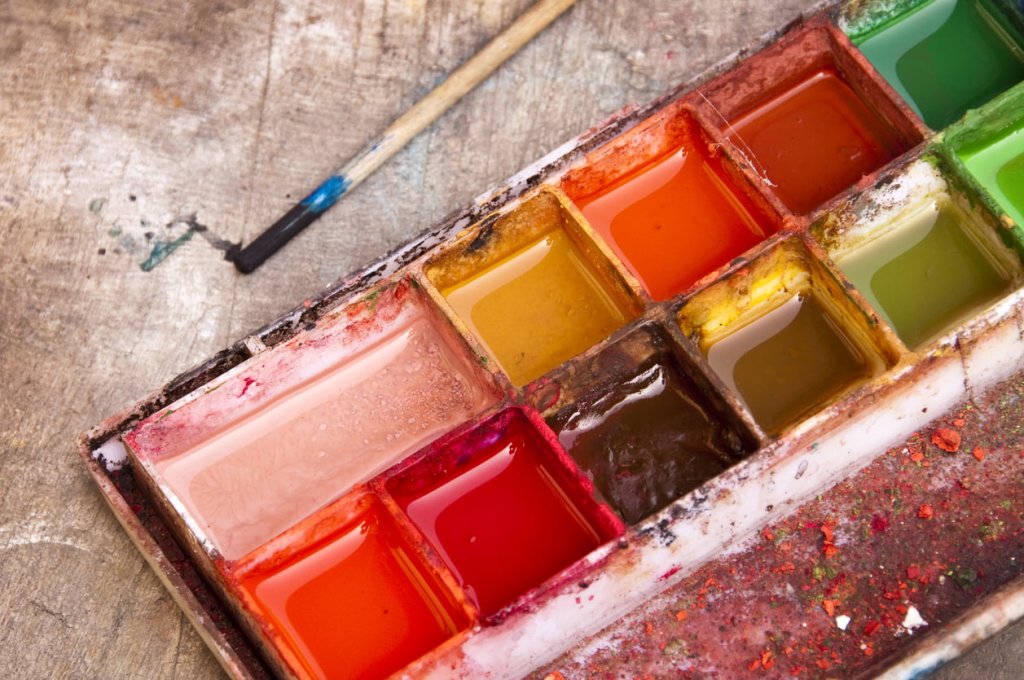 The arts, including music, dance and visual arts, can potentially bypass barriers to self-expression resulting from deteriorating verbal skills. They offer exciting possibilities to work with people with dementia in creative ways and in a variety of forms and settings, ranging from groups with a largely recreational aim to individual arts therapies.

In many countries, arts therapies are regulated professions and those calling themselves arts therapists must have completed training approved by a professional body.  For example, in the UK, art therapists, drama therapists and music therapists are regulated by the Health and Care Professions Council (www.hcpc-uk.org.uk). Registered therapists will have received training in the use of their art form as a psychological intervention, although not all will necessarily have specific training or experience with dementia.

“Where words leave off, music begins” (Heinrich Heine, German poet). A patient of mine, a psychotherapist herself, who had spent her working life helping others through words, was deeply distressed by difficulties with language quite early in her Alzheimer’s disease, and attempts to talk to her about her feelings only magnified the problem. She was also an amateur musician and music therapy proved to be a lifeline to her, allowing her to develop a relationship with a helping professional without relying on speech. Such experiences leave powerful impressions. But did her rather unusual background make her unique, or can arts therapy help many people with dementia? Is formal arts therapy necessary or can we see benefits from other arts-based interventions, which may be easier to reproduce widely or less expensive? And when in the course of dementia might the benefits be greatest? In order to answer these questions, we need to look for high quality research which compares the effects of arts-based interventions with control interventions.

Two recent reviews from the Cochrane Dementia Group examine music-based therapeutic interventions and dance movement therapy for dementia [2, 3]. Both of the reviews included only randomised controlled trials (RCTs), in an attempt to identify unbiased evidence for efficacy. However, while the dance movement therapy review limited inclusion to RCTs in which interventions were delivered by qualified dance therapists, the review on music-based therapeutic interventions took a broader view and attempted to include all RCTs in which music had been used with a therapeutic purpose. So the authors included studies where the intervention was delivered by a qualified music therapist, but also those ‘based on a therapeutic relationship’ with another professional where at least two other indicators were met: a stated therapeutic objective, a clinical indication or referral for the intervention, matching of the music with the individual, and active participation of the person with dementia. No doubt these criteria could be debated, but they represent a welcome attempt to make the results of the review widely applicable. 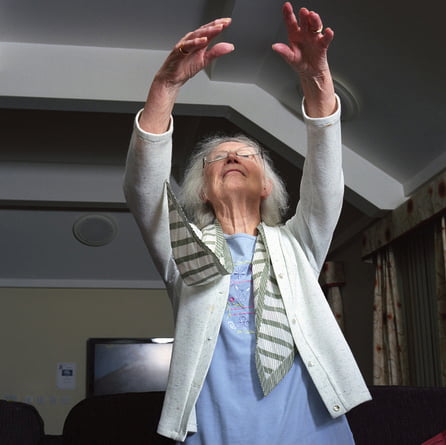 The dance movement therapy review was ‘empty’, as no RCTs were identified in which a qualified dance therapist had delivered an intervention to people with dementia. The reviewers helpfully provided some detail about the three studies which had been excluded on these grounds. In at least one of these, the nurses who delivered the intervention were supervised by a dance movement therapist so we might wonder if the exclusion criteria were excessively rigorous.  However, all three excluded studies were very small – the number of participants ranged from 11 to 29  – and the reviewers thought all had significant limitations of quality. Hence, no conclusion about efficacy could have been drawn even if these studies had been included. Two probably eligible ongoing studies were identified, one of which plans to recruit 201 participants with mild dementia, so a more informative update of the review within the next few years is possible.

The review of music-based therapeutic interventions, in contrast, includes seventeen studies and has long lists of ongoing studies and studies awaiting classification, so an early update of the review is planned, which may be able to include some or all of this new research*. This reflects in part a much larger literature to draw on and in part the review authors’ broader inclusion criteria. All of the included studies took place in institutional care settings although the severity of the participants’ dementia varied. The reviewers were interested in the ‘positive’ outcomes of well-being and quality of life, but found low quality evidence that the pooled interventions may have no effect on these outcomes, nor on cognition or overall behavioural problems. There was, however, moderate quality evidence from 9 studies (376 participants) of a probable beneficial effect on depressive symptoms. The quality of the evidence relating to effects on anxiety and social behaviour was too low to allow any conclusions to be drawn. 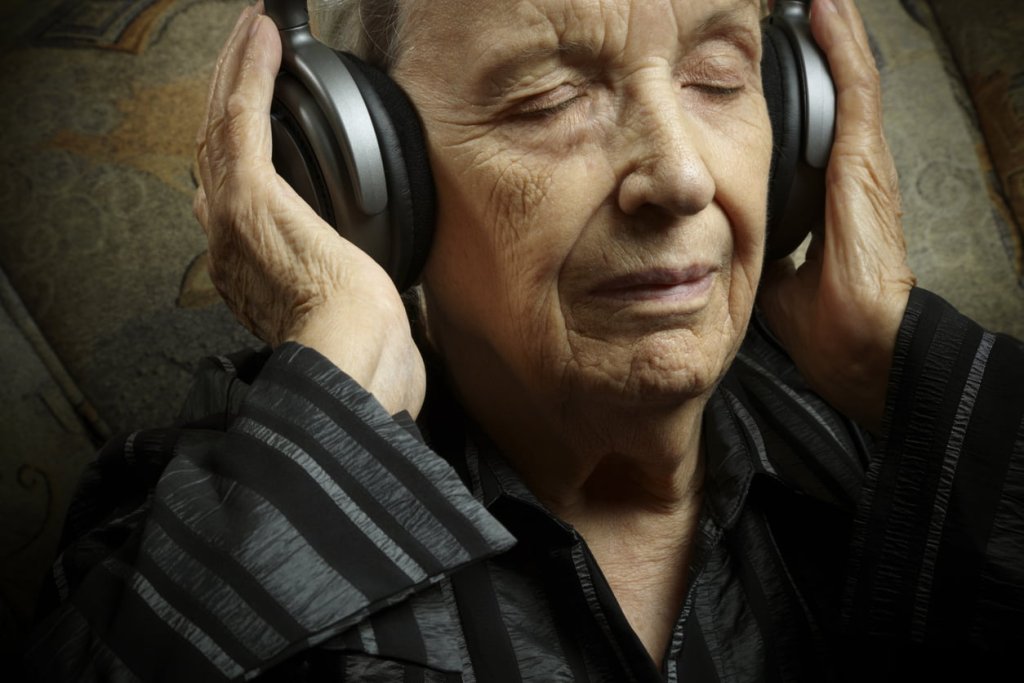 The authors went on to try to address as best they could, using a series of post hoc sensitivity analyses, the thorny issue of whether professional qualifications in music therapy mattered in this context. This is important because trained music therapists are rare and relatively expensive, while the problem these studies address is common. If only highly qualified music therapists can deliver effective interventions, then our ability to help large numbers of people will be reduced. In seven of the included studies, the interventions were definitely delivered by a qualified music therapist, in four this was unclear from the reports and in six there was no qualified music therapist involved.  Excluding those six studies from analyses had little effect on the results. The authors acknowledge that this kind of between-study comparison is not an ideal method to address the effect of therapist training and targeted studies would be better. There may, for example, be confounding if studies using trained therapists recruit patients with more complex problems.

So what can we conclude from these reviews? The evidence on arts therapies for dementia (a third review on art therapy including very little evidence is expected to be published shortly**) is still at quite an early stage of development. RCTs are small, many have quality limitations, and the range of interventions and settings studied is still narrow. However, the apparent benefit of music-based interventions on depressive symptoms is encouraging. Researchers should bear in mind the magnitude of the problem and should try to develop and test interventions which can be scaled up to reach significant numbers of people. Similarly, systematic reviews will be most useful if they take a fairly broad view of the potential therapeutic use of the creative arts in dementia care and cover interventions of varying complexity, facilitated by people with different professional backgrounds.

Editor’s note: *The Cochrane Review of music therapies for people with dementia was updated in July 2018 with the addition of five studies and a change to the conclusions. You can read it here.

Join in the conversation on Twitter with @CochraneDCIG @CochraneUK #dementiaspotlight, or leave a comment here below the blog.

Jenny McCleery has nothing to disclose.

Jenny McCleery has been a Consultant in Old Age Psychiatry at Oxford Health NHS Foundation Trust since 2004, working with many patients with dementia. She is one of the Co-ordinating Editors of the Cochrane Dementia and Cognitive Improvement Group. She has also had experience of dementia in her family.

Arts therapies for people with dementia: “where words leave off, music begins” by Jenny McCleery