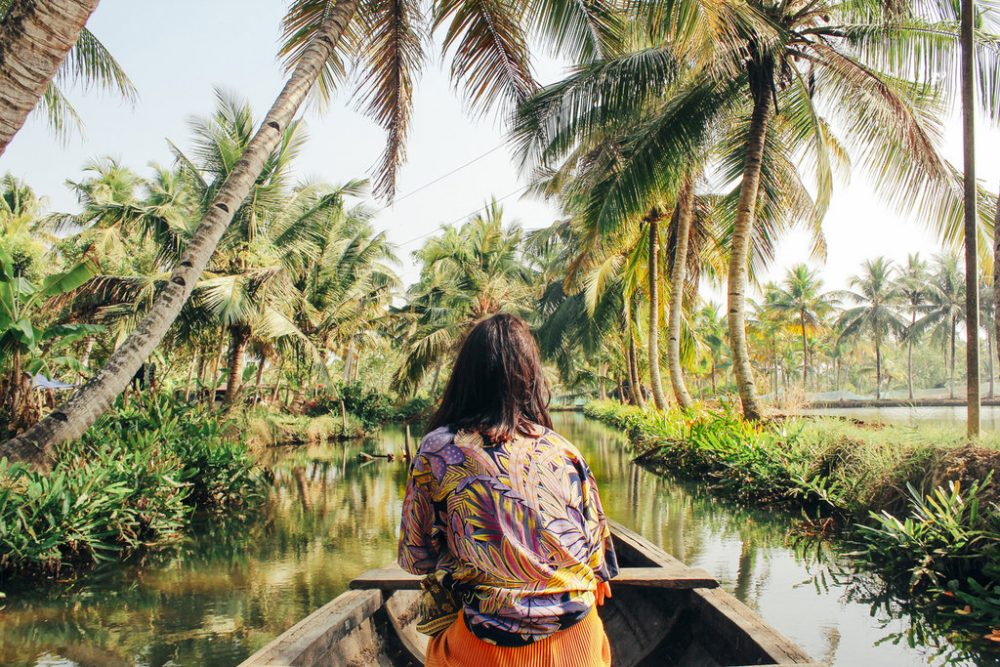 In this blog for people taking tropical holidays Robert Walton, a general practitioner, brings you up to date with the latest research on malaria prevention and gives practical tips for reducing your risk of infection.

About 1,500 people return to the UK with malaria each year, most from visiting relatives or taking a well-earned holiday. It’s a very unpleasant and debilitating illness with a high death rate if access to medical care is limited.  Although prompt treatment is remarkably effective, delay in seeking help and making the diagnosis mean that around seven people still die from malaria annually in the UK.

If you are headed for a fancy hotel in a big city then your risk of catching malaria is pretty low but many people will travel to rural areas on safari or for sightseeing where rates of malaria transmission are high.

Prevention is better than cure and there is a wealth of Cochrane evidence about how to reduce the risk of infection.  Although most studies involve people living in countries where malaria is a common problem, their findings seem likely still to be relevant to visitors from abroad.

So how can I avoid catching malaria?

A mainstay of travel advice in the past has been the use of mosquito repellents and whilst using these chemicals still seems prudent there is no hard evidence of benefit of repellents. Nor is there evidence to support use of mosquito coils and the mosquitos just laugh at electronic repellents! 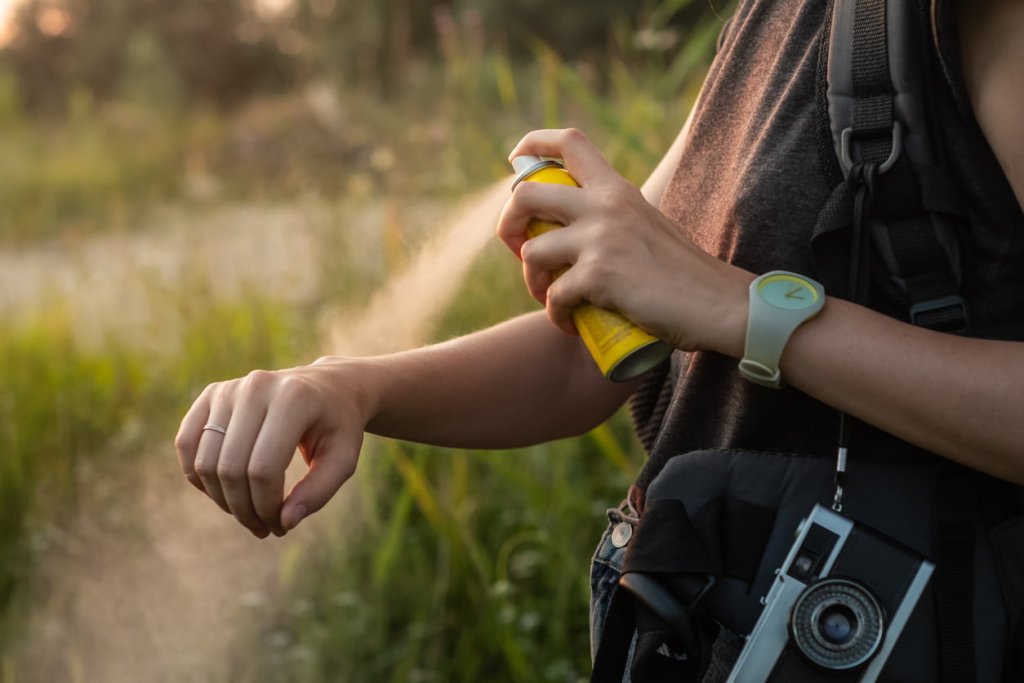 Better evidence is needed on whether mosquito repellants are effective in preventing malaria.

The hardest evidence on how to avoid malaria comes from studies on bed nets.  Mosquitos carrying malaria bite at night and nets over the bed have a long history of use for preventing transmission of malaria.  A stepwise improvement in the benefit arising from using bed nets came with the introduction of nets impregnated with insecticide. Pyrethrins were the first chemicals used and probably reduce childhood deaths from all causes by one third when compared to untreated nets.

But a problem that has dogged malaria prevention for decades has been the development of resistance both in the malaria parasite and in the mosquitos that spread the infection. So we often use two drugs in combination when we are aiming to kill the malaria parasite, reasoning that resistance is unlikely to develop simultaneously to both drugs.  Now the same principle has been applied to strategies aimed at killing the mosquito.

Two in the bed (are two insecticides better than one?)

One would expect that nets impregnated with two insecticides that work in different ways would be more effective and perhaps work for a longer period of time than those which only used one. 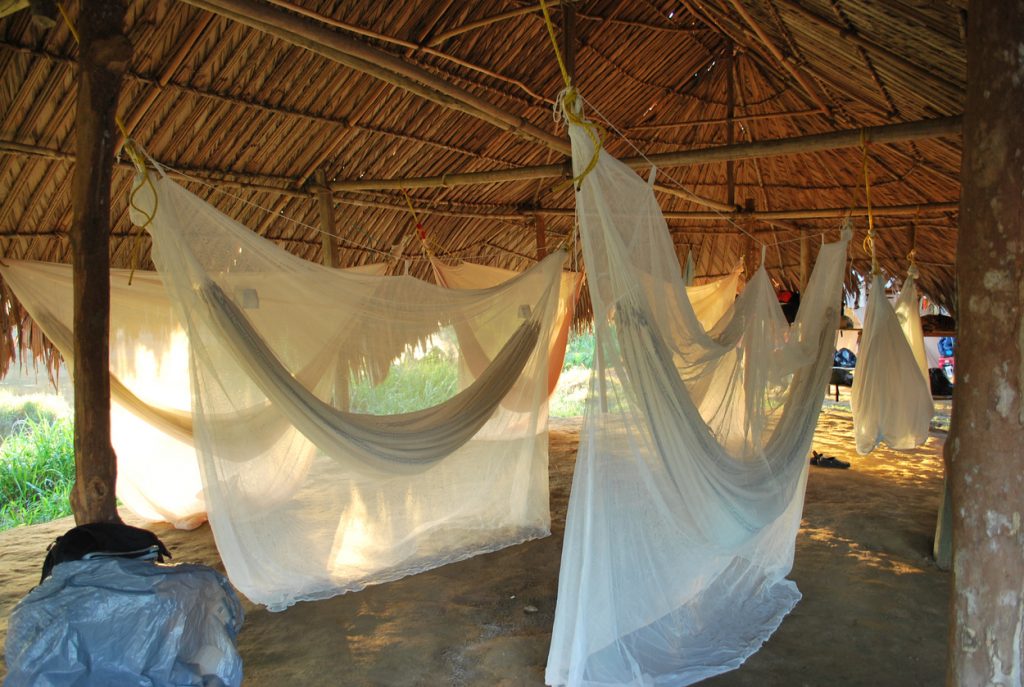 Nets have a long history of use for malaria prevention

And indeed dual impregnated nets probably do reduce the chances of infection with the malaria parasite in areas of the world where there are high levels of mosquito resistance to insecticides.  Disappointingly though there is no evidence that they provide greater protection in areas of low insecticide resistance.  There was also concern over whether the effects would be preserved after repeated washes.

Also somewhat disappointingly, it is uncertain whether spraying the bedroom at night with a non-pyrethrin insecticide in addition to using impregnated bed nets diminishes your chances of catching malaria. Perhaps the effect of the pyrethrin impregnated nets is so great that it is difficult to improve on it however logical those improvements might seem.  A sensible strategy for public health might then be simply to find better ways of encouraging people to use insecticide‐treated nets.

Where does that leave the occasional traveller?

Insecticide treated bed nets remain the mainstay of malaria prevention.  Travellers will be wise to ensure that the places in which they stay are suitably equipped or to carry their own nets.

Taking preventive medication is also probably effective in preventing malaria infection – there is a range of different drugs with not much to choose between them in terms of effectiveness.  The balance of side effects probably favours atovaquone-proguanil or doxycycline over mefloquine.

Anecdotal non-Cochrane evidence from talking to people living in malarious areas suggests that another benefit of insecticide treated nets is that they keep down the bed bugs! Now what was the address of that fancy hotel?

Avoiding malaria on holiday: evidence on how to reduce your infection risk by Robert Walton