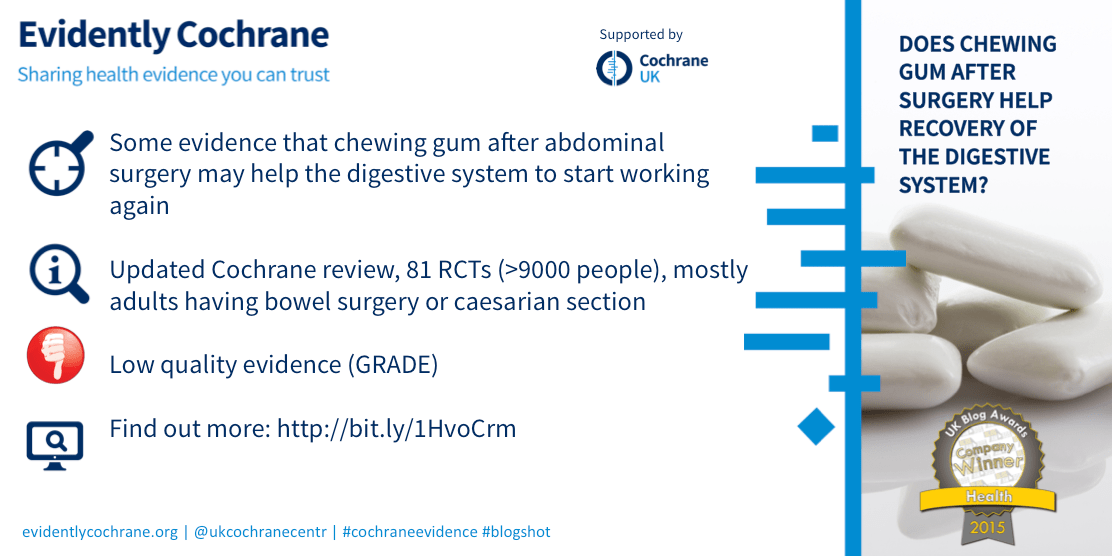 Editor’s note (October 2018): since Cochrane UK began making blogshots in 2015, the format and ways of sharing and archiving them have undergone changes. Others in Cochrane have since started making then and translating them into other languages and a variety of blogshot types are now in existence. As part of Cochrane’s Knowledge Translation programme, work will continue on improving and evaluating the blogshots as a means of sharing Cochrane evidence. Our Evidently Cochrane blogs about blogshots reflect different stages of their development over time and should be read with this in mind, rather than as a guide for current practice.

Last week we introduced, in this blog, our ideas for using blogshots, a way of giving information in an image shared on Twitter (and other social media platforms). We hoped you would like this new way of sharing evidence with you and it turns out you do!

It’s been so helpful having feedback from many of you, with 80 people completing our survey and others tweeting their comments. All the survey respondents thought it was a useful format and half  voted for blogshot 3, the simplest version, which was also the most popular with those talking to us on Twitter. They liked the clean, clear, quick-to-read format and the use of icons. The traffic light icon for evidence quality on blogshot 1 was mentioned by lots of you and suggested as an addition to blogshot 3, so that’s what we’ve done, and with the scope to add brief clarification. We’ve also moved the key message of the review to the top, got rid of the question and have instead given the topic in the picture banner. You can see the new version at the top of this blog. We hope you like it!

One person said they would like to click through to “a nice user-friendly blog first please” rather than straight to the Cochrane review, and we’ll certainly oblige when there is a relevant blog. We will most often take you to the plain language summary on Cochrane.org when there isn’t a blog, where you’ll be able to find other friendly versions like podcasts. We’ve also created a board for blogshots in our Cochrane UK Pinterest account and will be archiving them there.

For those considering using blogshots themselves, it’s worth noting that in Hootsuite  we weren’t able to make the blogshot show without having to click to see it, so we’ll be posting straight into Twitter.

We’re going to start using these straight away, in addition to our regular tweets and, of course, our weekly blogs. We’ll also think about using them to share other information too. If we think of ways to improve them, we’ll do that. My colleagues are already alerting me to upcoming evidence with a request to “blogshot that” so I’d better get started!

Blogshots: evidence at a glance by Sarah Chapman