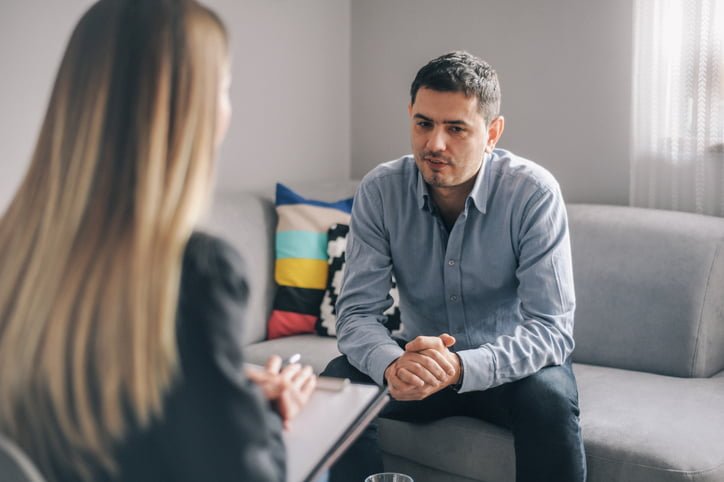 In this blog for people affected by chronic pain and those who support and work with them, Dr. Amanda C de C Williams discusses the findings of her team’s latest Cochrane Review on psychological therapies.

Many people with chronic pain (or persistent pain, a term some prefer) feel misunderstood and offended when their GP or pain specialist suggest that they need ‘psychological treatment’: “The pain is real – it’s not in my head”. But psychological methods of treating chronic pain or, rather, treating the problems associated with chronic pain have been used for over 50 years. They are based on understanding the importance of the individual’s beliefs about what is causing the pain, fears about pain worsening over time, conflicting advice from clinicians, friends and family, and disappointment with successive failures of medical attempts to resolve the pain.

Psychological methods are not about ‘thinking positive’ or ‘mind over matter’, but about achieving a deeper understanding of pain and what affects it, about changing habits of thinking and of lifestyle: becoming (ideally) a person who, despite pain, lives a full life with confidence in managing that pain.

We recently updated our Cochrane systematic review ‘psychological therapies for the management of chronic pain (except headache) in adults’. Given how long these treatments have been around, this is not our first version of this review, but it is by far the biggest. This has 75 studies while our last version, in 2012, had 42. Since we started, NICE (National Institute for Health and Care Excellence) has developed guidelines for chronic pain in the UK, to be published early next year, which review some of the same evidence. The question of what works, and what doesn’t work, is important, given the size of the problem. A systematic review and meta-analysis of UK studies (Fayaz et al. 2016) provided an estimate that 10-14% of the adult population has moderately to severely disabling chronic pain.

What sort of psychological treatments were reviewed?

We investigated the three main types of psychological treatment for chronic pain. By far the commonest type was cognitive behavioural therapy (CBT), while behavioural therapy (BT) and acceptance and commitment therapy (ACT) had much smaller bodies of evidence. We also reviewed several treatments that drew on other methods from psychological therapies outside pain, but they were too diverse to combine for analysis. We did not review studies of mindfulness since, although it can be used as a psychological therapy, it is not a mainstream treatment.

We chose studies where trained psychological therapists delivered treatment, because applying the specific methods to a range of people with pain requires understanding of psychological principles and the skills to help people adapt methods to their own needs. Treatment had to be delivered face-to-face: internet and phone treatments are reviewed elsewhere (Eccleston et al. 2014). We excluded small studies because there is a higher risk of unrealistically positive results with these (Ioannidis 2005).

What was treatment compared with?

For each type of treatment, we separated comparisons with waiting list controls or treatment as usual from comparison with an ‘active control’. Treatment as usual means just continuing any ongoing treatment but not starting anything new, so it could include painkillers, physiotherapy, medical consultations, or nothing (like waiting lists). This is a useful comparison because it resembles patients’ experience of choice: try this treatment or carry on as before. The active control involved engagement in something new, which could be an educational programme, exercise routine, or support group with other people with chronic pain, or combinations of these. This comparison tests whether the treatment has effects that are more than simply being involved in a study and sharing experiences with other people with pain.

What benefits of treatment were we looking for?

We were also concerned about adverse effects (harms), often overlooked by those running trials. Furthermore, dropout from trials can mean that people feel worse or are disappointed by the treatment, and that can be detrimental to their wellbeing. Dropout from treatment is often described in terms of patient choice, but could also be considered to indicate treatment failure, or unacceptability. A small number of those who continue treatment may become more distressed by the end, or may suffer incidental worsening of pain from the activity elements of treatment. We need to know more about these risks in order to inform patients fully when they are offered treatment. 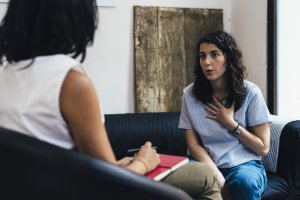 Approximately 10-14% of adults have moderately to severely disabling chronic pain: we need to know what works and what doesn’t work to help them manage their pain.

What did we find?

We searched up to April 2020 and found 75 studies, 34 of which were in our previous review: that represented 9401 people completing treatment or control. While many people in the trials had back pain, 19 trials were for people with fibromyalgia, nine for rheumatoid arthritis, and five for osteoarthritis. Most recruited people from hospital or community clinics, and two from care homes for older people. The mean age of people in the trials was 50, and two-thirds were women, similar to many clinical populations.

CBT was used in 59 studies. Twenty-nine (with over 2500 people in all) compared CBT with treatment as usual/waiting list and showed on average slight benefit for pain, disability, and distress at the end of treatment. Fewer studies reported people’s scores at follow-up but average effects were somewhat smaller. We have moderate certainty for most of these findings. Twenty-three trials (with over 3000 people in all) compared CBT with an active control (described above), and showed little or no benefit at end of treatment or follow-up for any of the three outcomes.

BT was used in eight trials, using several different methods in varying combinations, against both types of control. The certainty of evidence was mostly low or very low; trials were small and we had uncertainty in our findings. This is clearly an area that needs better quality, larger trials.

We found five trials of ACT that met our criteria. This was a surprise as there are several systematic reviews in the literature and ACT has been rapidly and enthusiastically adopted by many psychologists treating chronic pain. Most of the evidence was of very low quality, and we have no certainty in our findings, which were very mixed, with some apparent benefit but without any consistent pattern across outcomes and times of assessment.

It seems that ACT has been propagated less on evidence than on practitioner enthusiasm and good results from uncontrolled trials (which compare the same people’s scores before and after treatment) or very small controlled trials that fell below our minimum size. One of the advantages of using the Cochrane Collaboration’s rigorous methods is that it can expose these anomalies, where the clinical impression differs substantially from the evidence. On this basis, we recommend large trials of ACT, evaluated using the same outcomes as other psychological treatments, such as CBT, rather than acceptance-specific scales, and run by personnel without a strong personal allegiance to ACT.

The other surprise in our findings were four CBT trials with results very substantially better than all others. One we thought was due to statistical error, but could not get clarification from the authors: we excluded it. The other three were by the same author group: we enquired to find what it was about their treatment that yielded such very large benefits, with very low dropout even at follow-up. Their description resembled many other trials in our set but we got no response to further enquiries. Since we could not be certain of the authenticity of these results, and a (sensitivity) analysis showed the three trials to inflate beneficial average effects, we also excluded them.

What do our findings mean for someone with chronic pain?

When offered psychological treatment for chronic pain, the person with pain is unlikely to have a choice of the types described above, because local provision will vary. The best choice on the basis of evidence is CBT: the benefits may be small, but we have reasonable confidence that these are real. For other treatments – BT, ACT, or psychotherapies – the evidence is not of sufficient quality to conclude one way or the other, so treatment should be treated as experimental, with careful evaluation of its effects, including possible harms. 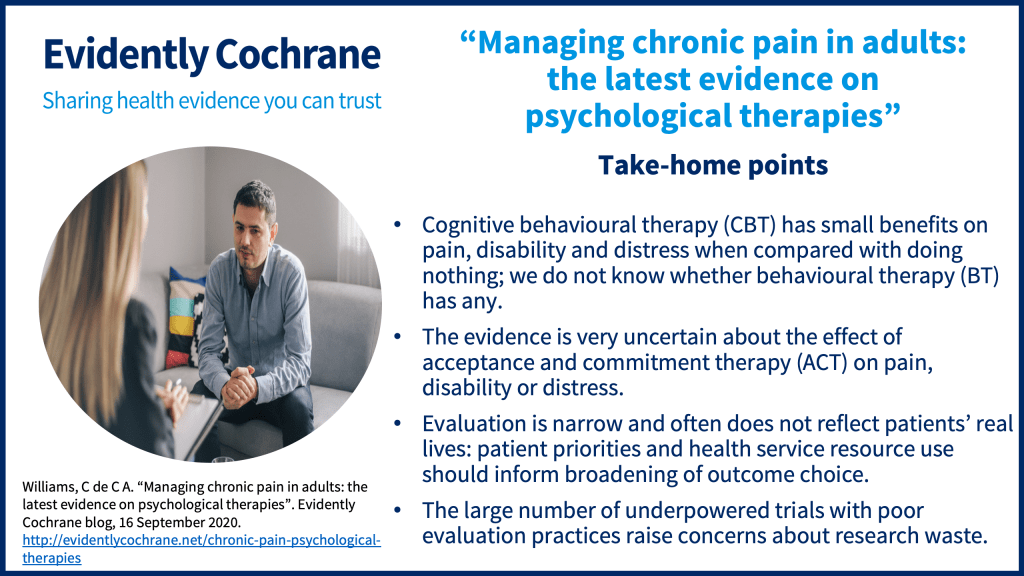 Join in the conversation on Twitter with @CochraneUK and @CochranePaPaS or leave a comment on the blog. Please note, we will not publish comments that link to commercial sites or appear to endorse commercial products. We welcome diverse views and encourage discussion but ask that comments are respectful and reserve the right to not publish comments we consider offensive.

Dr. Williams has nothing to disclose.

Amanda C de C Williams is a Reader – Professor from October 2020 - in clinical health psychology at University College London, and a consultant clinical psychologist at the Pain Management Centre, University College London Hospital, UK. She also works for the International Centre for Health and Human Rights, and is Section Editor for Psychology on PAIN. She was a full-time clinician in an inpatient and outpatient pain management programme for many years, and research on this programme formed part of her PhD. She also worked in a torture survivor charity part-time. After obtaining her PhD in 1996, she moved increasingly into academic work, joining University College London in 2004. Her research interests include evidence-based medicine applied to psychologically-based treatments for pain; evolutionary perspectives on pain; behavioural expression of pain and its interpretation by clinicians; better recognition and treatment of pain from torture; and responsive wearable technology to extend healthcare into patients’ own environments. She has written over 300 papers and chapters on pain and psychology; publications can be found on http://www.ucl.ac.uk/pals/people/profiles/academic-staff/amanda-c-de-c-williams .