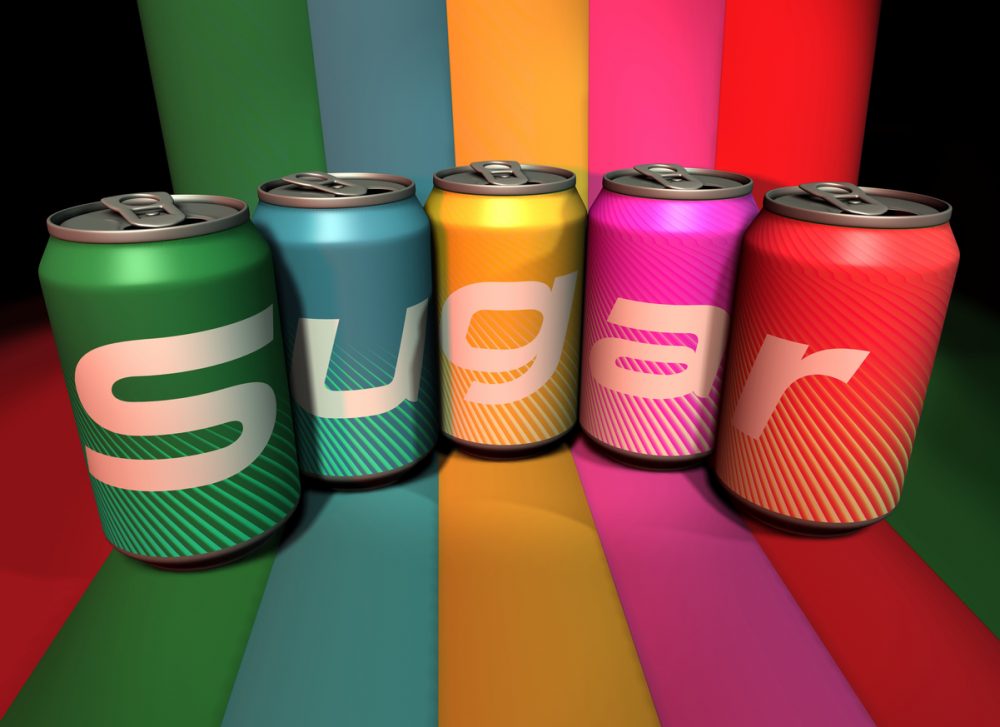 In this blog, Peter von Philipsborn and Ana Zhelyazkova, research associates at the Pettenkofer School of Public Health in Munich, Germany, look at the latest Cochrane evidence on interventions to reduce the consumption of sugary drinks and discuss implications for policy makers, health professionals and the general public.

“May I offer you a drink?” – in many cultures, offering something to drink is a common ritual for welcoming guests, and a universally understood expression of hospitality and sociability. The joint consumption of beverages provides the context for numerous social activities: we go out to have a drink, we join colleagues for a coffee break, toast to mark achievements or special events, reunite with our family for tea time, meet friends in cafés, bars or tea houses.

Rehydrating regularly is essential for our survival – this basic physiological principle may have contributed to the central role of drinking in our society. And while these rituals may be old, the beverages most commonly consumed have changed substantially over the centuries. As far as we can tell, apart from breastfeeding in early life, humans drank little else but water for the largest part of human history. Historical research suggests that it was only after the Neolithic revolution, when agriculture and fixed settlements emerged, that beverages such as wine, beer, tea and coffee entered the human diet . Sweetened drinks remained a rarity until the emergence of mass-manufactured soft drinks, marked by the foundation of Coca-Cola in 1886.

Today, sugary drinks are among the most commonly consumed beverages worldwide. And while they were once considered a ‘soft’, harmless alternative to hard, i.e. alcoholic drinks, awareness has grown for their adverse effects on health. Research has shown that the regular consumption of sugary drinks contributes weight gain, and may increase the risk for type 2 diabetes, cardiovascular disease, and caries. Some researchers believe that sugary drinks may indeed be among the main drivers of the global obesity epidemic, and responsible for a substantial part of burden of diabetes mellitus in countries such as the UK and US. In randomized controlled trials among children and teenagers, daily consumption of one standard serving of sugary drinks (250 ml or 8 oz) lead to a gain in body weight of approximately 0.7 to 2 kg over the course of a year. 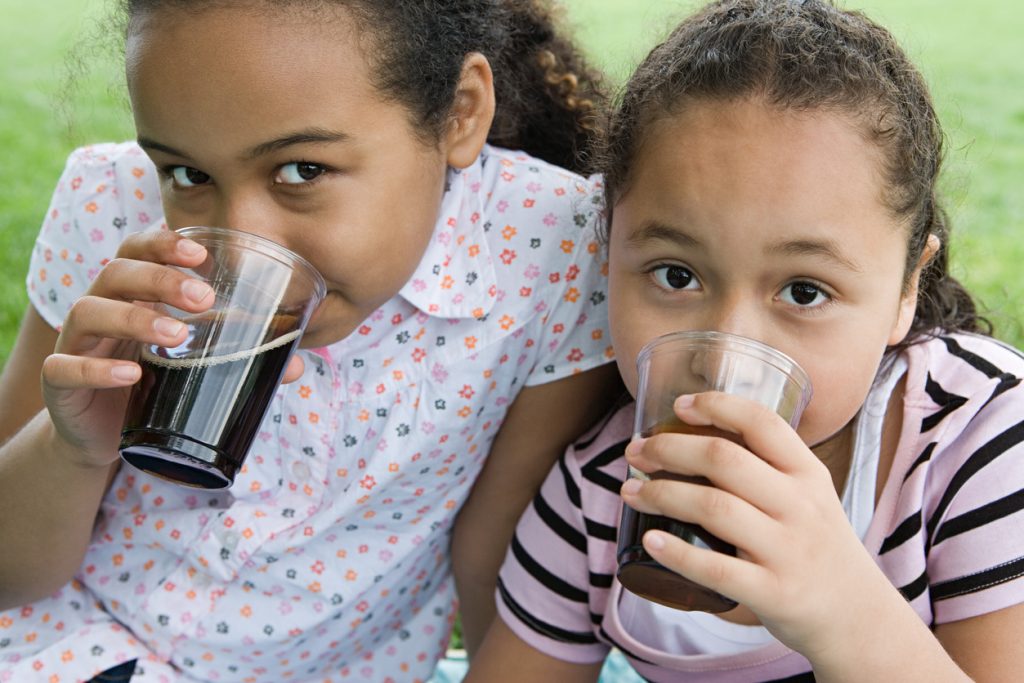 Regular consumption of sugary drinks contributes to weight gain and may increase the risk of diabetes, cardiovascular disease and tooth decay.

Public health and medical organizations, including the World Health Organization and the British Medical Association, have therefore called for efforts to reduce the consumption of sugary drinks. Past research has shown that health education and the taxation of sugary drinks can be effective in weaning people off sugary drinks, but taken alone may not be sufficient to lower population-wide consumption to recommended levels. In a recent Cochrane Review, researchers from Germany and the UK therefore looked at a wider set of measures. The review focused on environmental interventions, i.e. measures that change the physical or social environment where people buy or consume sugary drinks, including factors such as the availability, the price and the labelling of beverages. They identified 58 studies meeting pre-defined criteria for relevance and reliability. Overall, these studies included more than one million children, adolescents and adults in 14 different countries in North and South America, Europe and Australasia.

What do we know about what works?

In total, the researchers identified 24 different measures, ranging from changes in the availability of sugary drinks in schools to trade and investment agreements. The certainty of the evidence underpinning these measures varied considerably. Not all studies used equally reliable methods, and some studies were small, done in special settings, or produced inconsistent results. However, the researchers were able to single out a set of measures for which the available evidence indicates that they may be effective in reducing the consumption of sugary drinks on a population level.

This set of promising approaches includes nutrition labels that are easy to understand, such as labels using ‘traffic-light’ colour coding. Furthermore, restricting the availability of soft drinks in schools as well as increasing their prices showed promising effects. Other measures such as replacing the soft drink in a children’s chain restaurant menu with a healthier option or placing healthier drinks more prominently and attractively in supermarkets may also be helpful. Positive effects have also been observed for local health campaigns focusing on sweet drinks, for government food benefits (e.g. food stamps) which cannot be used to purchase sugary drinks, as well as for measures improving the availability of healthier drinks at home. 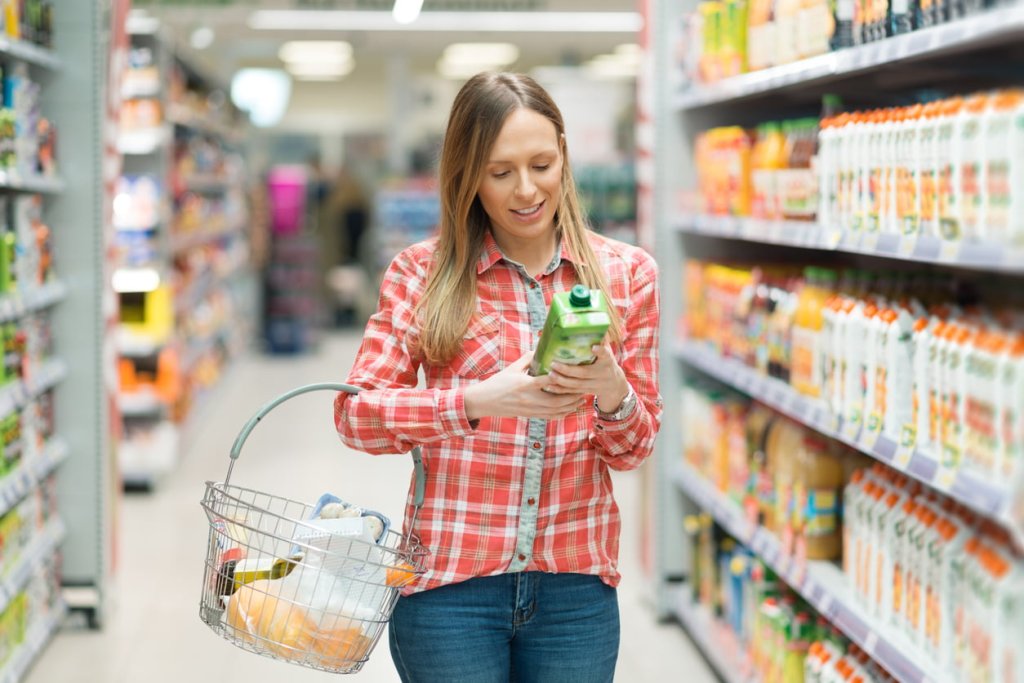 For some measures, however, the results were ambiguous because the available studies showed inconclusive results. For example, it is unclear if and how voluntary commitments from food and drink manufacturers affect the sugar content and the amount of sugary drinks sold and consumed. Nor is it certain if and how free trade and investment agreements alter the consumption of sweet drinks.

Some of the studies also tried to find out if such measures have unintended or negative effects, besides the intended ones. The results varied. Some studies found that profits of restaurants and shops that implemented the measures decreased, while others found that they remained the same or increased. When schools restrict access to sugary drinks, students may drink more sugary drinks outside school, but this effect was found only for older students, not for younger ones.

Besides the 24 measures identified in the review there may be others which may be effective, but the researchers did not find any studies looking at these measures. These include, among others, advertisement and marketing restrictions, portion and package size reductions, and warning labels. This, however, may change as more studies are published on these approaches. As a final caveat, it should be noted that details of design and implementation may matter. For example, there are various different types of traffic-light labels, and not all may be equally effective.

Moving from evidence to action

As often for public health interventions, implementation is a key challenge. Most of the measures discussed above cannot be put into practice by researchers or health professionals alone. Building public support and political momentum is therefore essential. In public debates, potential adverse effects, such as loss of revenue, are an often-cited concern. It is therefore reassuring that the researchers did not find consistent evidence for such negative effects. Moreover, broad coalitions of stakeholders may help to gain public and political support, as described by one of the studies in the review.

Given the many open questions, it is essential that the existing evidence base is strengthened. When implementing such measures, policy makers and practitioners should therefore cooperate with researchers up front to allow for the planning and conduct of reliable evaluations. A number of studies in the review are based on such collaborative models, including studies done by researchers cooperating with public officials, private businesses and non-governmental organizations.

The measures examined in the review were implemented in diverse settings – schools, restaurants, supermarkets, and homes, among others – and by a diverse set of people, including policy makers, health professionals, school directors, private businesspeople, and non-governmental organisations.

This shows that to tackle the complex challenge of improving nutrition, and stemming the tide of obesity and related conditions in our society, all sectors of society can contribute, and do their part to make the healthy choice the easy choice.

Ana Zhelyazkova is a research associate at the Pettenkofer School of Public Health, LMU Munich. She holds a Master’s Degree in Public Health and Bachelor’s Degree in Communication Studies and Political Science. She also serves as Global Health contributor for Political Insights, New York, and Director of Media for the Association for United Nations Interns (AUNI), New York.

Peter von Philipsborn’s biography can be found below.

Peter von Philipsborn: I’m the first author of the review discussed in this blog. I have previously published articles, including opinion pieces, expressing support for some of the measures examined in the review and discussed in the blog.

Ana Zhelyazkova has nothing to disclose.

Peter von Philipsborn is a medical doctor with a prior background in politics, economics and law. He works as a junior doctor in general internal medicine, and as a research associate at the Pettenkofer School of Public Health, LMU University of Munich. His research focuses on the prevention of non-communicable diseases, with a special focus on food policies and their effects on health.

Cutting down on sugary drinks: what works best? by Peter von Philipsborn