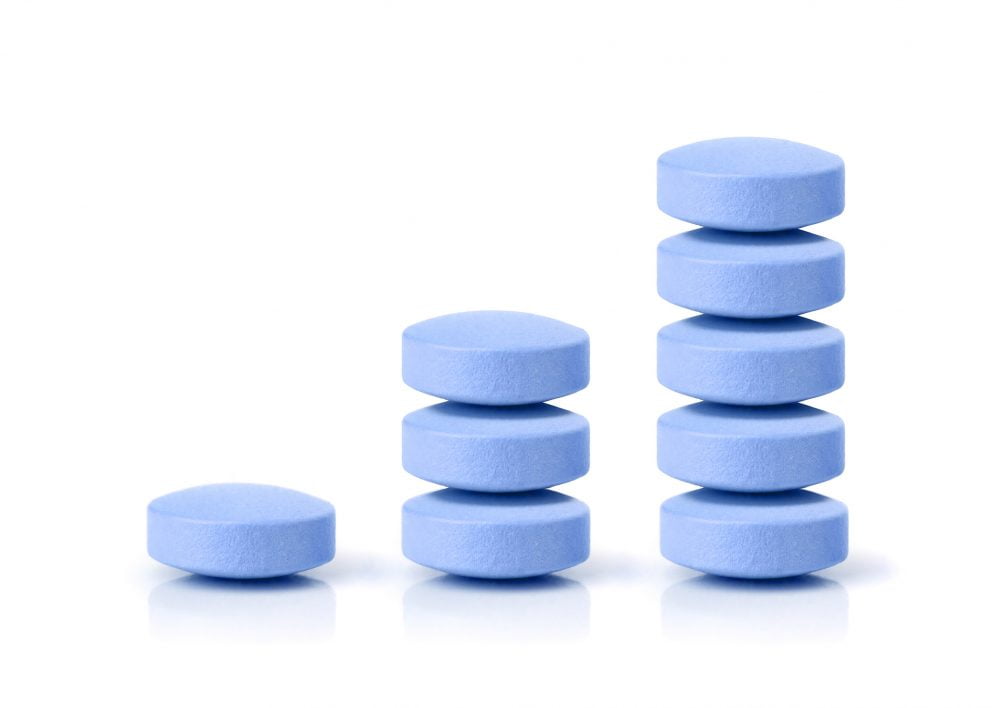 In this blog for a non-medical audience, Alastair Lamb, Senior Fellow in Robotic surgery and Consultant Urologist at Oxford University Hospitals, and Altan Omer, Pelvic GU-Oncology fellow, look at the evidence for use of PDE5 inhibitors (Viagra, Cialis & Levitra) for penile rehabilitation after prostate cancer surgery.

What is the problem?

Some 6,500 radical prostatectomies are performed every year in the UK (British Association of Urological Surgeons, 2019).  While approximately half of these men have pre-existing erectile dysfunction, over 50% of the other half can expect to lose natural erections after prostatectomy surgery, especially if their cancers are locally advanced and require wide clearance to ensure removal of the whole tumour.

Are these erections lost for good?

There’s pretty good evidence to show that men can continue to recover erectile function up to two years after prostatectomy surgery (Montorsi et al., 2014), which we believe is partly because it takes time for the bruising and scar tissue after surgery to settle down. But if spontaneous erections do not recover by this point then it is unlikely that they will do so thereafter. Conversely, there is good evidence that drugs such as Viagra can be used to enhance erections after surgery and that, even if such drugs do not work – for example if the nerves have been removed to maximise cancer clearance – mechanical devices such as vacuum pumps, cavaject injections into the side of the penis or MUSE therapy (small tablets inserted into the end of the urethra) are effective.

Use it or lose it?

The question therefore remains as to whether longer term recovery of spontaneous erections can be assisted by such devices and particularly by the use of PDE5 inhibitors. This is a process generally known as “penile rehabilitation”. The concept is that men need to ‘use’ their penises in order to speed up recovery of the blood vessels and nerves that are essential for erections, indeed that lack of use may inhibit recovery. This Cochrane review pulled together randomised trials testing the effect of PDE5i on erectile function after radical prostatectomy (Philippou et al., 2018). There were eight randomised trials including 1699 men and the drugs used were either Viagra (sildenafil), Cialis (tadalafil) or Levitra (vardenafil). The review found no evidence to support penile rehabilitation, defined as an improvement in erectile function, off drug, at the end of the period of follow up (one to two years) compared to a control group who had not received any drug. The authors did note however that the quality of evidence was poor, mainly because of a lack predefined outcomes and inconsistency in reporting standards (varying definitions of potency, different follow-up durations, multiple modes of assessment including both physician and patient-reported outcomes etc).

How important is nerve-sparing?

The short answer is very. All men in these studies had some form of nerve-sparing performed during their surgery so this review was not able to assess the effect of nerve-sparing on subsequent recovery of erections as there was no control group to compare to. Previous studies have convincingly demonstrated the critical nature of nerve-sparing (Patel et al., 2011). The decision to undertake nerve-sparing is made in advance by the surgeon and depends on the extent of cancer. Robotic surgery has allowed more precise and meticulous surgical dissection of the surrounding layers of the prostate. Indeed, 80% of UK prostatectomies are now completed with a da Vinci robot, the remainder split evenly between laparoscopic and open surgery. The outer layers of the prostate are a bit like an onion with several layers. The layer containing the nerves is like the brown skin on the onion and the surgeon can choose to cut inside this layer to leave the brown skin (or nerve layer) in place. 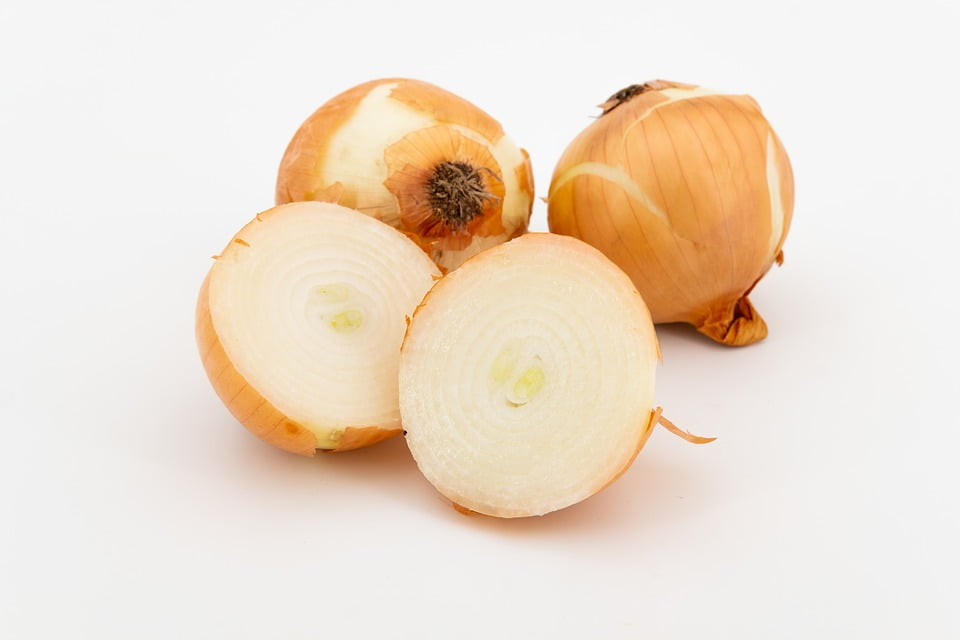 The outer layers of the prostate are a bit like an onion with several layers. The layer containing the nerves is like the brown skin on the onion and the surgeon can choose to cut inside this layer to leave the brown skin (or nerve layer) in place.

However, when there is a lot of cancer there is a real possibility of leaving some cancer cells behind if this close approach is taken, and so the surgeon instead chooses intentionally to take this outer layer with the prostate – the brown skin stays on the onion. So, while it may increase the risk of prostate tissue being left behind (which incidentally, is one of the reasons why the PSA may remain high post-operatively), sparing the nerves is a critical step for preservation of erectile function, and men who undergo an intentional non-nerve-sparing procedure should always be warned of the inevitability of erectile dysfunction after surgery. Of course, for those men who have already have erectile dysfunction before surgery, no amount of nerve sparing will return natural erections.

Viagra is indeed rather expensive. A box of four 100mg tablets (Viagra, Pfizer) will cost the NHS or you (by private prescription) £23.50 per box. However, since December 2017 in the US, and amazingly since June 2013 in the UK, it has been legal for other drug manufacturers to make generic sildenafil and so, with a private prescription you can now pick up a box of 4 x 100mg sildenafil citratetables for as little as 79p, a thirty-fold price reduction. It’s almost as cheap as paracetamol! The NHS is slowly waking up to this but still official NHS guidance only permits one packet of four tables per month for those who meet strict erectile dysfunction criteria. We hope this will change soon, given that 11 boxes could be purchased for the £8.80 standard NHS prescription charge! Furthermore, Cialis also came off patent in December 2018 in the US and we can therefore expect generic tadalafil, which currently costs £54.99 for a box of 28 x 2.5mg – cialis is generally taken daily due to its longer half-life – to come down to similar prices.

Where does this leave you?

Increasing availability of these previously expensive drugs is a tremendous help for men who have undergone radical prostate surgery. Despite the uncertainty regarding penile rehabilitation, there is no doubt that real-time erections often improve while on Viagra (or Cialis or Levitra etc) and so straightforward access to these drugs is essential for a speedy return to a functioning sex life after cancer, for those who want it.

Alastair Lamb and Altan Omer have nothing to disclose.

Mr Alastair D Lamb, MA(Oxon), MBChB, PhD(Cantab), FRCS(Urol) is a Cancer Research UK Clinician Scientist, Senior Fellow in Robotic Surgery and Honorary Consultant Urologist at the Nuffield Department of Surgery, University of Oxford and Oxford University Hospitals NHS Foundation Trust, UK. My clinical focus is to deliver excellent and timely prostate cancer care to men referred to our team from the Oxford regional area, focussing on state-of-the-art diagnostics with multiparametric MRI and targeted transperineal biopsies, followed by robotic-radical prostatectomy (RARP) or indeed active surveillance where appropriate. I have a particular interest in pushing the boundaries of minimal access surgery (MIS), for example to performing cytoreductive radical prostectomy in locally advanced or metastatic disease and RARP in fit, older men where such approaches are deemed safe and evidence-based. My research goal is to provide a robust molecular platform for accurate decision-making in early stage prostate cancer.