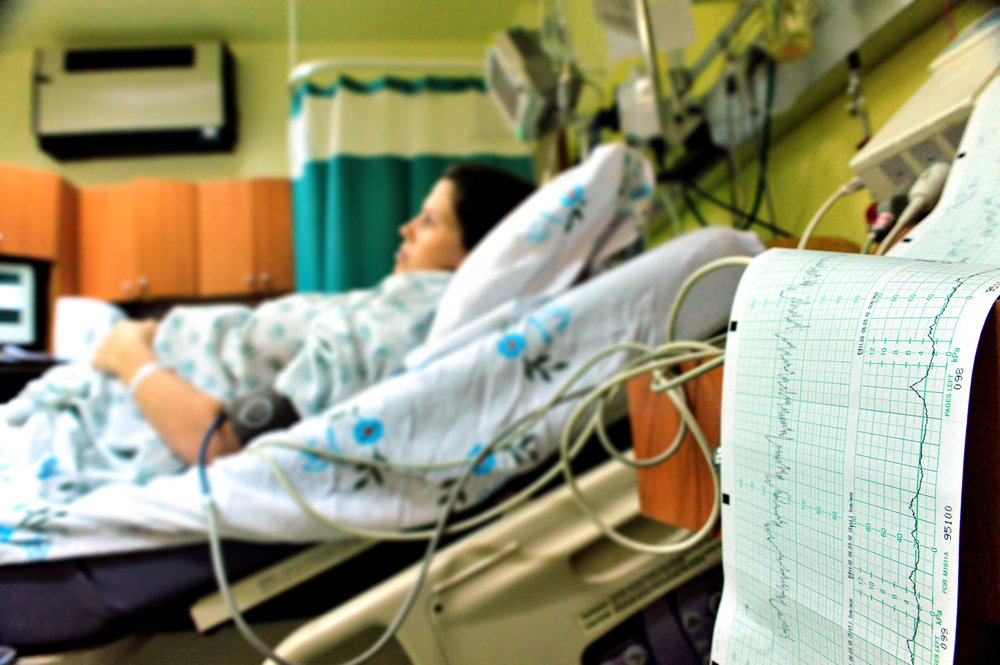 This guest blog has been written by Leanne Jones from the Cochrane Pregnancy and Childbirth Group.

Monitoring the baby’s heartbeat is one way of checking the well-being of the baby in labour. Listening to, or recording the baby’s heartbeat, may identify babies who are becoming short of oxygen (hypoxic) and these babies may benefit from caesarean section or instrumental vaginal birth (assisted by instruments such as forceps).  The heartbeat can be checked continuously by using a cardiotocography (CTG) machine. This continuous CTG method is also called electronic fetal monitoring (EFM). It produces a paper recording of the baby’s heart rate and mother’s labour contractions.

Although a continuous CTG gives a constant written record, it prevents women from moving freely during labour. This means that women may not be able to change positions or use a bath to help with comfort and control during labour. The CTG can also display fetal heart rate patterns that might lead clinicians to doing something when in fact the baby is doing alright. It also means that some resources may be focused on the need to constantly interpret the CTG and not on the needs of a woman in labour.

A baby’s heartbeat can also be monitored intermittently by using a fetal Pinard stethoscope (special trumpet shaped device), or by a hand-held Doppler device.

The authors searched for randomized controlled trials (RCTs) which aimed to compare continuous CTG with one of the following:

A total of thirteen RCTs involving over 37,000 women and babies were included in this review.  The majority of the studies, twelve in all with 33,681 women participating, compared continuous CTG with intermittent auscultation (listening).

Most studies were quite old and not of high quality. The review is dominated by one large, well-conducted trial conducted in Ireland 30 years ago. It included almost 13,000 women who received one-to-one care throughout labour. In this trial, the membranes were ruptured artificially (amniotomy) as early as possible and oxytocin stimulation of contractions was used in about a quarter of the women. This type of care and setting may differ significantly from practices in some modern birth settings, for example, in many stand alone midwifery units, artificial rupture of membranes is avoided, and many maternity units struggle to provide one-to-one care throughout labour. CTG equipment, interpretation and training have also improved considerably over the years. The data from this review may therefore not be widely applicable to current practice.

Translating the evidence from this review into clinical practice poses significant challenges. Much of the evidence is from old trials. Monitoring packages and settings described in the included trials may differ significantly from current practice.

The authors conclude, “With this proviso, women should be informed that continuous CTG during labour is associated with a reduction in the incidence of neonatal seizures, has no obvious impact on cerebral palsy or perinatal mortality but is associated with an increase in the incidence of caesarean section and instrumental vaginal births. The adverse affects of operative births are well described. The possible long-term effects of preventable neonatal seizures remain unknown. Women also need to be informed of the loss of mobility associated with the use of continuous CTG in labour.”

Leanne Jones is a Research Associate and Associate Editor (Updated Reviews) for the Cochrane Pregnancy and Childbirth Group at The University of Liverpool.

Fetal monitoring in labour: the challenge of balancing the benefits with harms by Sarah Chapman