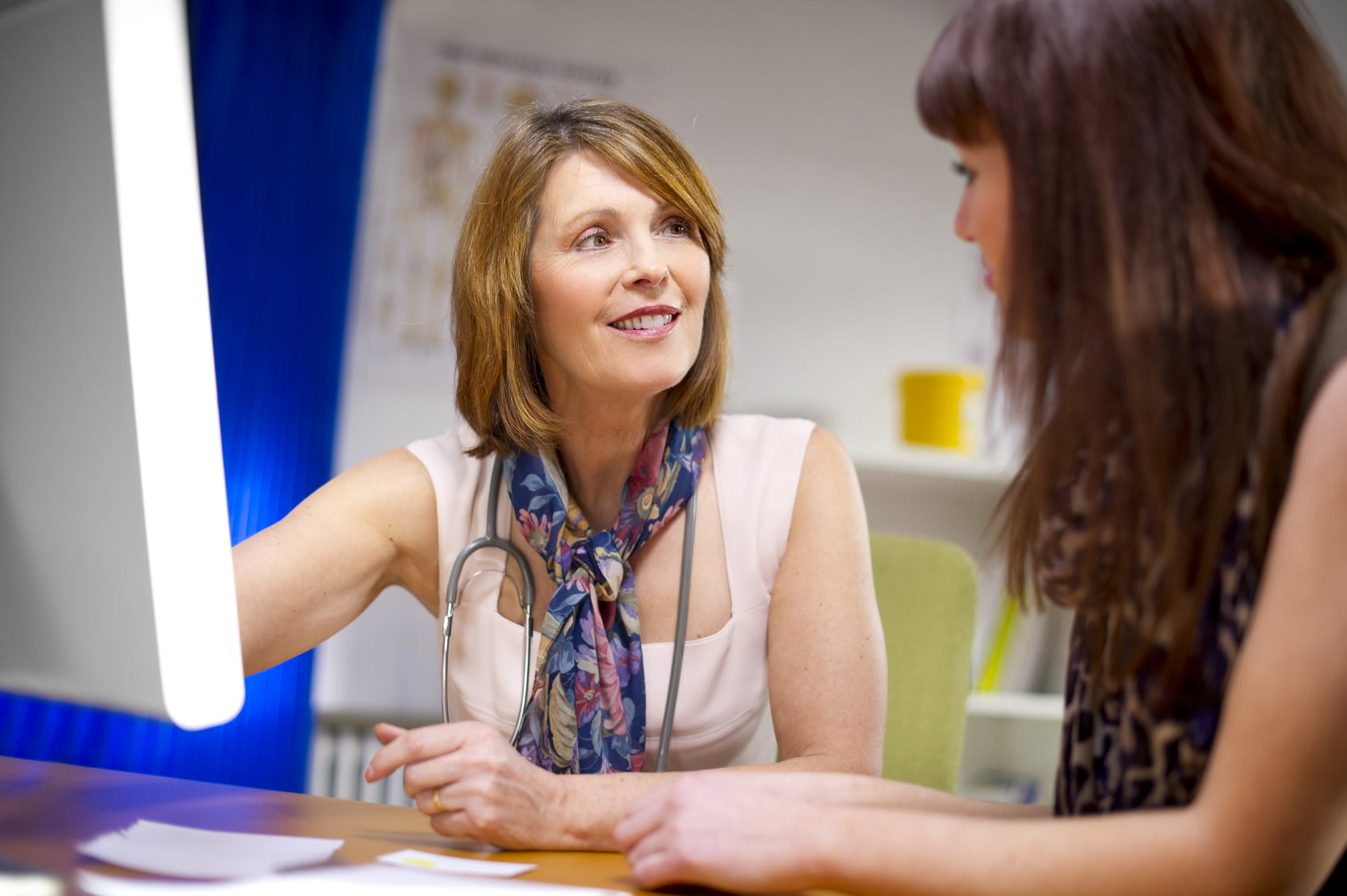 In today’s guest blog, Dr Martin Hirsch explains about endometriosis and treatment choices for women who have the menopause induced because of it.

It’s Menopause Week here at Evidently Cochrane and as a team including individual bloggers, Cochrane UK, Healthtalk and Menopause UK with their NHS Change Day campaign to ‘Change the Change’, we are summarising the evidence surrounding the menopause to ensure women get the correct facts from reliable evidence. This blog aims to help women who have had the menopause induced through surgery for endometriosis make more informed health decisions at a time of significant change for their mind and body.

Endometriosis – what is it and how do I know if I have it?

Most women have heard of the menopause. They fear it, but for a select few women the menopause is a relief and a respite from the years of agony and pain from endometriosis that few people seem to understand.

If there was a condition that made 10% of men’s testicles hurt, there would be a river flowing out of my surgery doors from the volume of men’s tears being shed in the waiting room

Endometriosis is the reason that thousands of women each year have the menopause induced temporarily with medicines or permanently with surgical removal of the womb and ovaries. The disease is characterised by the presence of cells (normally found inside the womb) in areas outside the womb such as the ovaries and surfaces of the pelvis, bowel, and bladder. It affects up to ten percent of females during their reproductive years causing higher levels of pain in and outside of their menstrual cycles together with painful intercourse and difficulties falling pregnant. If there was a condition that made 10% of mens’ testicles hurt, with pain during intercourse, there would be a river flowing out of my GP surgery doors from the volume of male tears being shed in the waiting room.

It’s widely acknowledged that pain is highly subjective with a difficult basis for comparison and considering that most women suffer from a degree of pain during their periods endometriosis sufferers assume theirs is the same as everyone else. It’s not.

To compound matters, getting diagnosed with endometriosis is difficult. There is currently no accurate non-invasive test that your GP can request. The formal diagnosis of the condition is reserved to keyhole surgery and laboratory analysis of biopsies as ultrasound scans have limited accuracy. The pathway to get referred to a hospital specialist and then get referred for keyhole surgery results in an average waiting time of 10 years between first symptoms and diagnosis.

Endometriosis – what can be done about it?

The Mirena progesterone-releasing coil can reduce pain but prevents conception

The disease is believed to be dependent on oestrogen which is a hormone produced from a woman’s ovaries. Common treatments aim to prevent cyclical fluctuation in these hormones by inhibiting ovulation and the most readily used treatment is the combined contraceptive pill. A Cochrane review found that the progesterone releasing coil, Mirena, has beneficial effects on pain, but like other coils prevents conception. Surgically treating these cells via keyhole surgery with techniques to burn or cut out the lesions of endometriosis has a beneficial effect on pain and fertility. However, the recurrence rate of pain following surgery is up to 30% within the first 12 months. For some women these treatments are ineffective and stronger more invasive methods are required to stop the pain. Surgically removing the ovaries and inducing a permanent menopause or medically inducing a temporary menopause is often the final option for many women. These induce a dramatic fall in a woman’s oestrogen levels and improve pain.

Inducing the Menopause – what are the risks?

The risks of artificially and prematurely inducing the menopause include osteoporosis, along with the side effects of the menopause resulting from low oestrogen levels that include hot flushes, night sweats, skin dryness and insomnia.

Osteoporosis is the thinning of the bone density that increases a woman’s risk of fractures. Our bone strength and density is reliant on calcium that is constantly in balance between blood calcium forming bone and calcium released from bone to maintain blood levels. Oestrogen reduces the amount of calcium released from the bone, and this prevents thinning and reduces the risk of osteoporosis and fractures.

Menopausal side effects can be debilitating and are associated with hot flushes and reduced emotional wellbeing. These symptoms are often more severe with abrupt surgical removal of the ovaries compared to the natural menopause, with these symptoms lasting up to ten years. For this group of women who go through the menopause naturally, Hormone Therapy (HT), formerly hormone replacement therapy, may be an option if the menopause occurs early or if symptoms are very severe. This combination of oestrogen and progesterone protect women from osteoporosis and the symptoms of low oestrogen.

The risks associated with HT are blood and cancer related. A recently published Cochrane systematic review found very interesting and divided answers depending on the age of the groups analysed. When examining the results of all women that take HT there is evidence of increased risk of suffering blood clots in the legs or the lungs or having a stroke. But for women taking it close to their menopause or younger than 60 the risks and benefits look different.  For further information on this new evidence on HT in women please read Harry Boardman’s blog.

The headline news over the past few years surrounds a very small associated increase in breast cancer and ovarian cancer with HT. This must be put in to context: several very large reviews have found that of those women using HT for over 5 years and around the age of 50, there is one extra case of breast and ovarian cancer compared to those women who do not use HT. This does not imply that HT causes breast or ovarian cancer but there is a very small increase risk that women need to be aware of.

HT after surgical removal of the ovaries in endometriosis – what research is out there?

The use of HT for women after the surgical menopause for endometriosis has been debated and theorists are wary that providing hormones that mimic the natural hormones released by the ovary will result in further endometriosis symptoms and disease recurrence.

A review from the Cochrane Menstrual Disorders and Subfertility Group in 2009 brought together the evidence from all published studies looking at women who have had their ovaries removed for endometriosis and then taken HT to prevent the risks of osteoporosis and menopausal symptoms. The authors searched only for those studies that randomly allocated patients to groups of different types of treatments or no treatment. These studies are called randomised controlled trials (RCTs) and reduce bias affecting the results of the study. One study examined the recurrence of pain and need for repeat surgery between patients randomly allocated to either HT (115 women) or placebo / no treatment (57 women). The second, smaller study, examined only pain recurrence between two randomly allocated groups, those who used traditional HT (11 women) with those who took a synthetic HT called Tibolone (10 women). Regrettably, both of these studies examined separate treatment interventions making direct comparison very difficult.

For this small group of women who have exhausted their options with conventional treatment, spent years in pain and finally found relief in permanent removal of the ovaries, a difficult decision lays ahead. Whether to take HT to prevent osteoporosis and side-effects from low oestrogen is marred by the lingering possibility of their nemesis returning to haunt them. This study has not yet answered the question completely. The evidence from the two studies is not strong enough to deny HT to women who have had the surgical menopause, but the authors recognise from the trends in statistics that these women may be at increased risk of their pain returning and the need for further operations. Further studies are recommended.

For Further information on Endometriosis or the Menopause please see these links:

Dr.Martin Hirsch is a locum consultant gynaecologist at Oxford’s John Radcliffe Hospital. He works as a full-time gynaecological surgeon specialising in excisional surgery for women with endometriosis. In a research setting he works collaboratively with patients and other endometriosis experts to try and improve diagnosis and treatments for endometriosis associated pain and infertility. Martin was awarded a post graduate Medical Doctorate research degree from Queen Mary University of London for his progressive work on evaluating different diagnostic tests and treatments for endometriosis. He has published widely in the area of endometriosis including the development of a recent core outcome set. His research portfolio includes 41 published items in the field of endometriosis, attracting over 600 citations from other researchers. He presents this work regularly at national and international conferences with national recognition awards from NHS improvement, The British Society of Gynaecological Endoscopy and Health Education England. Martin Tweets at @martinhirsch100

Hormone Therapy for the Menopause after Endometriosis Surgery – Friend or Foe? by Martin Hirsch