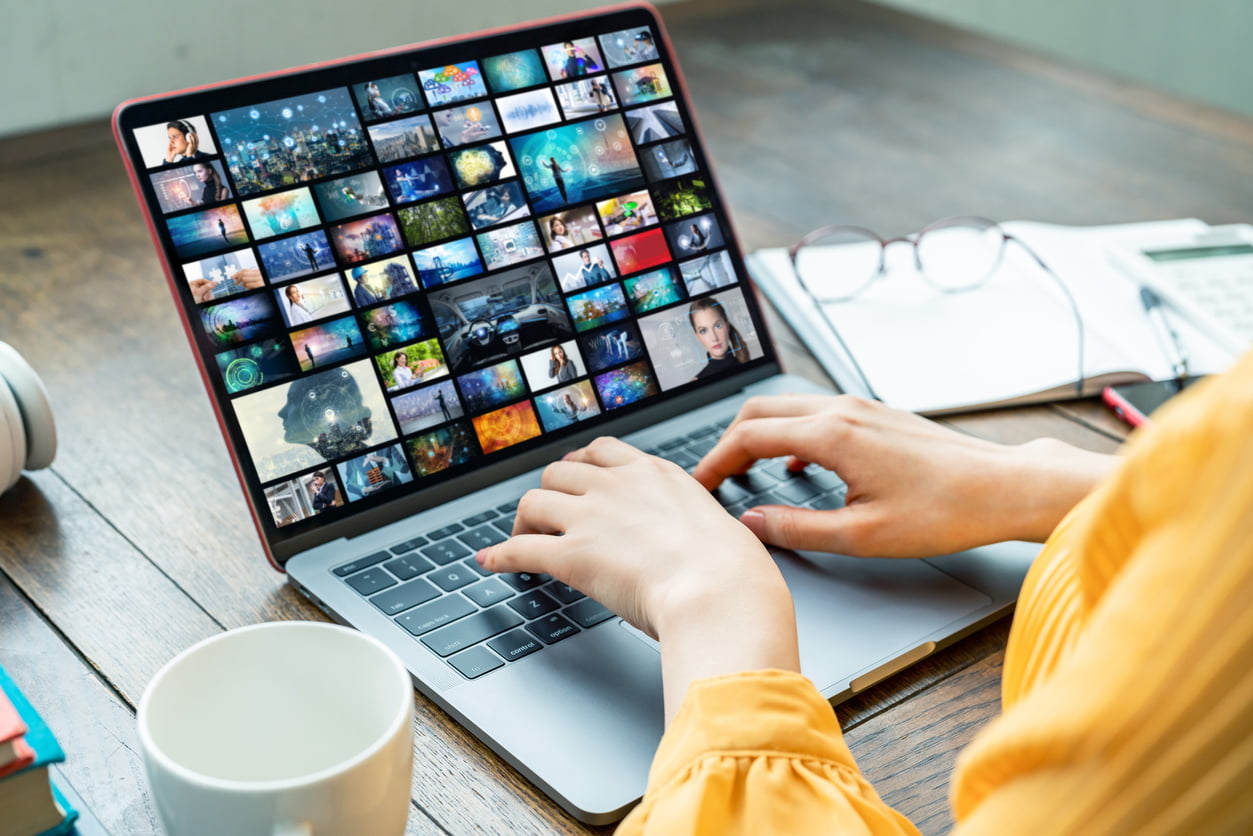 In this blog, Cochrane UK’s Knowledge Brokers, Sarah Chapman and Selena Ryan-Vig, introduce new guidance for anyone who needs to choose images for a dissemination product based on any Cochrane Review, which may also be helpful for others interested in image selection, and reflect on what they’ve learned along the way. We also highlight a few examples from the guidance.

Wrinkly hands, snapped cigarette, overweight torso… We could go on. This is the tip of the iceberg of problems with images we see used in the media and that we may have used ourselves. Perhaps you wouldn’t use any of these, though the snapped cigarette, for example, which we’ve learned can trigger smoking behaviour in ex-smokers or those trying to quit, is a common image in smoking cessation campaigns and materials. Then how about images of a crying child being vaccinated, or a predominantly red image to accompany evidence on self-harm? Would you pause when choosing these? What aren’t you choosing? How much diversity are you showing across your dissemination products? What do families look like in the images you choose? Do people with visible differences only appear when the evidence is specifically about them? 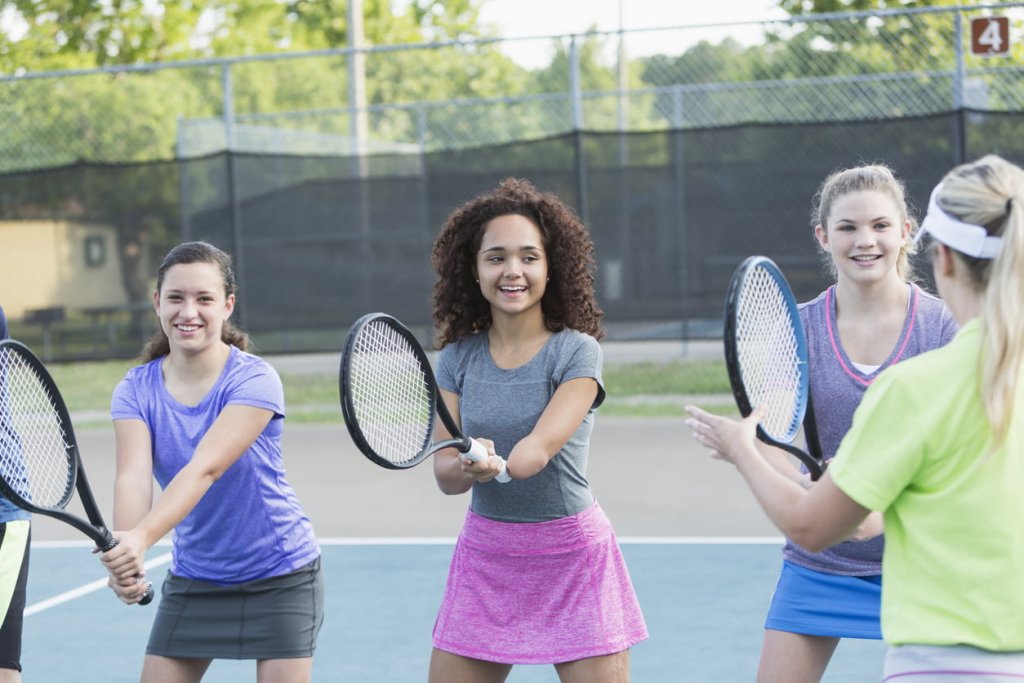 Using images that include somebody with a visible difference where this is not directly relevant to the subject matter could help challenge assumptions about disability. For example, this image could be used when sharing evidence about encouraging any young people to take part in physical activity.

These are the kind of things we’ve been grappling with as we’ve worked on producing a new checklist and guidance, “Choosing images for sharing evidence: a guide”, which is now available to all (not only Cochrane members) on the Cochrane Training website. We have found putting this together, with invaluable help from a diverse, global advisory group and other colleagues, a fascinating and instructive business. We set out to share best practice, as we understood it, and in the process have learned new things about image selection and refined our own practice. We hope to give you an appetite for exploring and using this guide, and to highlight just a few of the things we learned along the way.

We don’t think so! The images we share with our evidence have a huge part to play in encouraging our target audiences to engage with our products, in getting our evidence to people who may find it useful for their health decisions. An early lesson for us at Cochrane UK was our fortunate choice of image to accompany evidence on weight reduction, a warm, positive image of parents with an overweight teenager, the three sitting together and smiling. One reader told us it was such a contrast to negative images which so often accompany stories about obesity and was key to them feeling able to share the article with their overweight teen. As we discussed in an earlier blog “The power of the picture: opportunity and responsibility when illustrating health topics” thoughtful image choice can inform or misinform, attract or repel, and they can help challenge assumptions and change the conversation about health conditions. Images really matter, and they are a vital part of telling the story we want to tell when we share evidence. 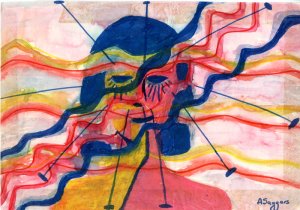 Images, including artwork created by those with lived experience of a particular health condition, are a vital part of telling a story. This image is by someone who has migraines, illustrating their pain experience. Migraine Action Art Collection: Image 174, Unnamed  artist, ‘Unnamed Image’. (2000).

Recognising a need for some guidance on choosing images

Back in January, in those pre-pandemic days when we could be in a room with colleagues from around the world, we participated in the first two-day training event focussed on the new Cochrane Dissemination Checklist. As the group discussed image choices for sharing evidence about a sensitive issue, conversation ranged across the importance of the images we share alongside evidence, the complex considerations involved and that many worry about ‘getting it wrong’.

So we have developed ‘Choosing images for sharing evidence: a guide’ for the Cochrane community, designed to complement the Dissemination Checklist. Like that guidance, it has a one page checklist with 15 items as well as full explanations of each, with lots of examples. We hope that this is going to be really useful.

A bit about how we produced this guidance

We searched for relevant literature and found some helpful material. We also drew on conversations, experiences, learning and feedback that have shaped our dissemination work over the years. The input of a geographically and culturally diverse advisory group of 17 Cochrane contributors with a variety of roles and expertise in sharing systematic reviews with a range of audiences was so important. Their comments on our first draft of the guidance transformed it, bringing to our attention things we hadn’t considered, and their input on the second draft further refined it. Colleagues from Cochrane UK and others involved in knowledge translation tried out the guidance and gave us feedback, which resulted in some final revisions.

Several of the things we highlight below illustrate the importance of consulting people with relevant subject knowledge and/or target audience members, which has been a really standout lesson for us as we’ve been working on this guidance.

We’ve long been consulting those with relevant knowledge at  a basic level – checking that we’re showing the right bit of medical equipment, used correctly, for example. But while it may be obvious to check that a piece of medical equipment is the right one, there can be more subtle aspects of the image that need checking. Is every bit of what’s being shown appropriate? Recent discussion on Twitter about how an image of a woman breastfeeding, not used by us but one we could imagine choosing, deviated from best practice was a reminder that it’s wise to check with someone with relevant expertise. The same conversation also raised the issue of details that might show bad practice, such as an image of a baby lying on its back (correct position) but surrounded by soft bedding such as pillows and bumpers, which present a hazard.

Showing best practice is important. Although the image on the left shows how children may commonly use inhalers, the image on the right is preferable as it demonstrates recommended practice (that is, proper use of an inhaler, using a spacer).

Cultural differences can also easily trip us up. We selected an image from an archive of art created by individuals to express their experiences of migraine. Art can be a great way to encourage people to connect with the accompanying information. Every one of the images in this archive is an authentic representation of health experience and no doubt relatable for many. But a member of our advisory group for the project told us that in her cultural context, in Cameroon, the image we chose would have connotations of witchcraft (in particular the prominent long fingernails, conveying pain), so we chose a different one.

Members of our advisory group pointed out that in some cultures non-therapeutic touching may be considered inappropriate and we are now sensitive to this. We have discovered that it can be quite challenging to find stock images of people in health-related situations where there is no touching!

Cultural relevance is one aspect of considering the context in which dissemination products will be shared. This could include, for example, the type of food shown, or the healthcare setting. But it’s also important to think about the possible implications of current events for image selection. An image of people round a campfire may become inappropriate if shared in a time and place where wildfires are happening. The COVID-19 pandemic has certainly brought changes in the images we are using at the moment too. This might be showing someone wearing a mask where we are currently required to or choosing an image of someone exercising at home rather than in a gym – making sure it still accurately represents the evidence it accompanies – another aspect of image selection of which we now have a heightened awareness.

When sharing evidence about exercise, the image on the left may have been inappropriate to share when gyms were closed in many countries during the COVID-19 pandemic. The image on the right is a suitable alternative.

Avoiding images that could trigger unwanted feelings or behaviour

One section of the guidance is focused on this. While there are few hard and fast rules when it comes to image selection, we came across some strong recommendations in the area of mental health from those working in this area. We have included the only ‘do not’ instruction here: do not use images which could indicate a means (methods or location) of suicide or self-harm in any circumstance. Other triggers may seem less obvious (such as the association of the colour red with self-harm), which again is a reminder that it can be very helpful to consult those with expertise.

Some help for ongoing challenges

We’ve written before in the blog “Pineapples and stethoscopes: the problem with stock images” about the challenges we face in finding realistic and relatable images in Stock libraries. Many images are also inaccurately labelled and this can be a problem for people making dissemination products without specific clinical knowledge. There is also a huge bias towards white Western people and settings. We have included in the new guidance document a sizable list of image sources, including free ones (Appendix 1: Useful sources of images.).

There is also technical help in appendices on image resolution and size (Appendix 2: Useful sources of images) and making images accessible through the addition of ‘alt-text’ (Appendix 4: Adding alt-text to images). 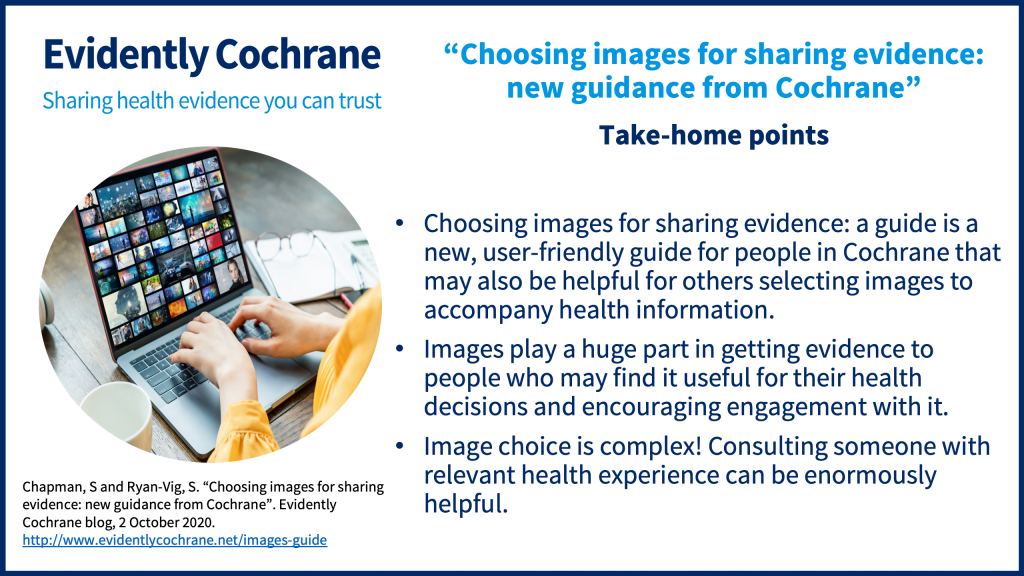 We hope you find Choosing images for sharing evidence: a guide useful and stimulating. If you have comments about it, ideas for improvements, or a story to share about ways it might influence your practice, we’d love to hear them – either in the comments section below or by email: [email protected]

Join in the conversation on Twitter with @CochraneUK @SarahChapman30 or leave a comment on the blog. Please note, we will not publish comments that link to commercial sites or appear to endorse commercial products. We welcome diverse views and encourage discussion but ask that comments are respectful and reserve the right to not publish comments we consider offensive.

Sarah Chapman and Selena Ryan-Vig have nothing to disclose.