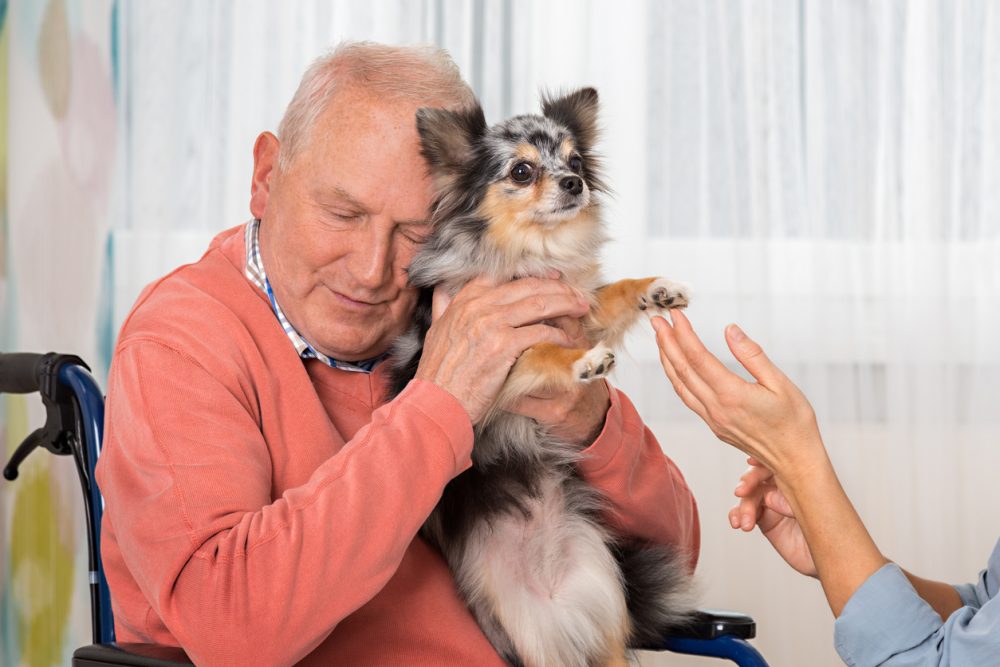 Sarah Chapman looks at two recent systematic reviews of the evidence on pet therapy for older people, including people with dementia, in care homes and day-care facilities.

Mum has never been an ‘animal person’. Not really. So it surprised me that she was so delighted with the microwavable soft toy lamb I bought her a couple of years ago. I knew she would enjoy its warmth but I hadn’t expected Mum to talk to ‘Gorgeous George’, pet him and refer to him as a friend. This was just so… not like her. Where old age often exaggerates our long-standing characteristics, so dementia sometimes seems to overturn them. For others like me, never happier than when cuddling a cat, animals are life-enhancing and it’s hard to imagine this ever not being the case for me.

Interest in pet/animal therapy for people with a range of physical and/or psychological needs is growing. Robotic and toy animals offer an alternative to live ones. A surprising variety of creatures are being used as Emotional Support Animals (even a turkey was reportedly taken on a flight in this capacity rather than with a side of vegetables). But what evidence do we have of their effects, both benefits and harms? In a BMJ editorial published last month, Professors Elena Ratschen and Trevor Sheldon from the University of York note that the therapeutic use of animals in a diverse range of healthcare settings is now common and that “Health and social care generally uses an evidence based approach to interventions. Animal assisted interventions are a notable and, arguably puzzling, exception.”

I’ve looked at two new systematic reviews published in 2019, starting with a Cochrane Review looking at the effects of animal assisted therapy – the use of trained animals in therapy sessions – on people with dementia.

The evidence in this Cochrane Review comes from nine small randomized controlled trials, involving 305 people with dementia in nursing homes and day-care centres in Europe and the US. All but one study compared animal assisted therapy (AAT) with standard care or non-animal-related activities. The other compared the use of live animals with robotic and soft toy animals. There were lots of differences between the studies, such as the length and frequency of the therapy sessions and how the outcomes (such as depression) were measured. These and other limitations of the evidence mean that it is not able to provide clear answers.

The review authors found that people with dementia who have AAT may be slightly less depressed at the end of treatment than people who have standard care or activities unrelated to animals. It remains unclear how AAT affects other outcomes (such as agitation) and there is no information in any of the studies on its safety or on its effects on the animals. 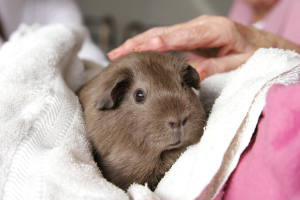 Animal therapy may slightly reduce depression in people with dementia but many uncertainties remain.

Using pet- or animal-like robots (robopets) avoids some of the challenges of using live animals for pet therapy in care facilities, such as concerns about hygiene, allergies and animal welfare. This systematic review by a team at the University of Exeter has brought together both quantitative and qualitative evidence on the effects of robopets on older people (including people with dementia) living in care homes and on residents, staff and family members. So the team was able to explore the effects of pet therapy through numbers (changes in people’s scores on a depression questionnaire, for example) and reported experience.

A robotic seal, PARO, was the robopet used in 15 of the 19 studies. Two used robotic cats, JustoCat and NeCoRo (this looks like my cat but is probably brighter), one a (furless!) robotic dog Aibo and one a robotic teddy CuDDler – arguably not an animal but the team decided it shared enough characteristics with the seal to be included. The ways they were used varied a lot between studies, with researchers or therapists leading individual or group sessions, or with residents engaging with the robopets as they wished. Sessions also varied in length, frequency and purpose. 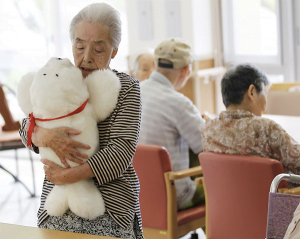 As with the Cochrane Review, limitations of the quantitative evidence, including the small size and short duration of studies, and lack of follow-up, mean that many uncertainties remain about the effects of pet therapy on older people in residential care, including those with dementia. There was some evidence that robopets had a beneficial effect on agitation but the impact on other outcomes is unclear.

People’s experiences captured through the qualitative studies give some sense of their potential and the ways in which people might benefit. A number of themes were identified, some of which included:

They also show that not everyone will benefit; some residents were disinterested, while others were negatively impacted – experiencing increased agitation, for example, and individuals’ responses could vary at different times. The review authors suggest that finding out about a person’s history with pets may be important.

It was helpful that the qualitative studies considered the experiences of staff and family members and this also highlighted both positive and negative effects. Like the responses of residents, their experiences are diverse and complex. Staff training is likely to be important. So is sharing the evidence on pet therapy and the review team found a really engaging way to do this – through a board game.

Despite the technology we have at our disposal now, board games remain incredibly popular, as the proliferation of board game cafés and the rising worth of the board game market testify. As well as entertaining us, they provide opportunities to be creative, stimulate thinking, help us to learn and reflect – and to do this with other people. What a great medium, then, for researchers to share evidence with people who need to know about it! The review team worked with a designer to translate their ideas into a board game, Pet Purrsuit!,which they are now taking into care homes to see how well it works for sharing their research with staff. This has already won them the People’s Award at the annual conference of the Social Research Association and we look forward to hearing what they find from their first experiences of using the game. 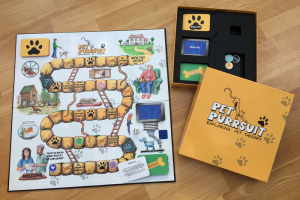 The University of Exeter researchers worked with a designer to make this board game to share their research on pet therapy with care home staff.

We also need to hope that more research is underway which will strengthen the evidence-base on pet therapy, to inform those considering implementing it in care homes and other settings. These systematic reviews shed light on what we know so far, highlight the gaps and provide guidance for future research.

Join in the conversation on Twitter with @SarahChapman30 @CochraneUK @CochraneDCIG @EvidSynthTeam or leave a comment on the blog. Please note, we will not publish comments that link to commercial sites or appear to endorse commercial products.