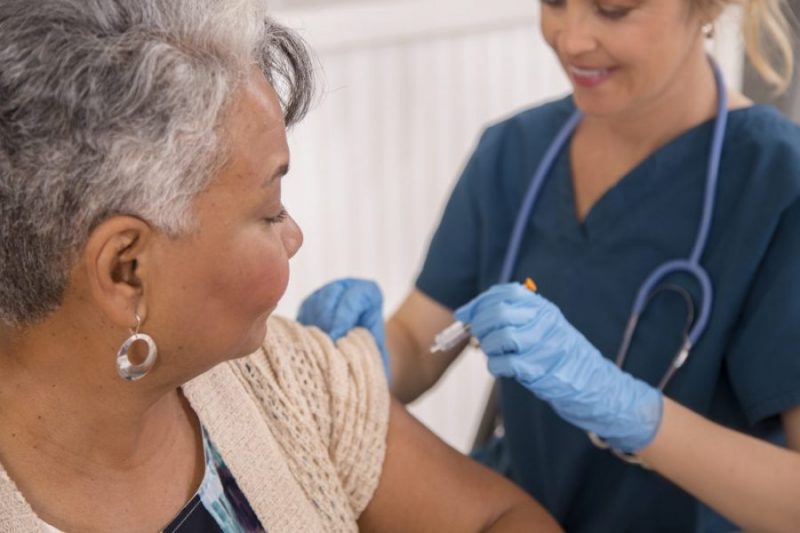 “Never since the Black Death has such a plague swept over the face of the world [and] never, perhaps, has a plague been more stoically accepted.”

When we think of an infectious disease that’s going to wipe out the population, what springs to mind? Ebola? Monkey pox? An extra-terrestrial organism brought by space debris? And we do think of such things – well, it’s certainly a subject that Hollywood likes to visit frequently. Films such as ‘Contagion’, ‘Doomsday’ and ‘Outbreak’ are but a few in a long list of disaster movies where a virus wipes out most of the population, leaving a few plucky souls to find a cure and tend to the sick. The heroes and the plots may vary but what they all have in common is that the dreaded virus is never influenza. Influenza, ‘flu’, it would seem, is far too mundane…

But let’s travel back 100 years ago (almost exactly) and the ‘Spanish flu’ was sweeping across the world, killing at least 50 million people, a number hard to comprehend. This disease killed three times as many people than the First World War which was drawing to a close as the flu pandemic began. So whilst we mark the centenary of the end of this terrible war, let us not forget influenza, nor accept it, however ‘stoically’. 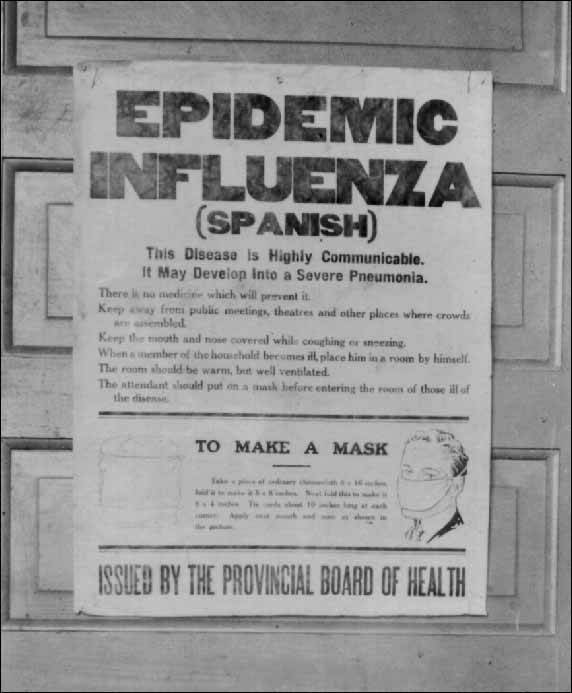 “There is no medicine which will prevent it”. The stark reality of influenza in 1918.
By Provisional Board of Health, Alberta (Glenbow Museum, Reference No. NA-4548-5 via [1]) [Public domain or Public domain], via Wikimedia Commons

Influenza can be prevented

There are measures we can all take such as good respiratory and hand hygiene practices, encapsulated in the NHS ‘catch it, bin it, kill it’ campaign. Vaccination is also important. In yesterday’s blog on influenza vaccines, David Roberts has highlighted the issues with trying to develop the most effective vaccines – it is problematic. This highlights the importance of a series of recent Cochrane Reviews that has carefully examined and set out the evidence for influenza vaccination for a range of population subgroups. It is very important that we know how effective influenza vaccination is and what the adverse effects are when millions of doses are given in the UK each year.

Across the UK, flu vaccination is recommended each year for all those aged 65 years or over (‘older adults’) and for pregnant women and Cochrane Reviews have examined effectiveness in both these groups. A review looking at vaccination in older adults identified eight randomised controlled trials (RCTs) with over 5000 participants and found that older adults receiving the influenza vaccine may experience less influenza over a single season compared with placebo, from 6% to 2.4%. However the evidence was considered to be low certainty because of ambiguity over the diagnosis of influenza. Similarly the evidence relating to complications was ‘of poor quality, insufficient, or old’.  The evidence of effectiveness of influenza vaccination in pregnant women was also limited, identifying only one RCT and one controlled clinical trial: no data were available on effectiveness against seasonal influenza during pregnancy.

A separate but complimentary review looked at the evidence on influenza vaccination in healthy children. This review included 41 clinical trials and over 200,000 children. This showed with moderate-certainty evidence that, when compared with placebo or doing nothing, influenza vaccines probably reduced the risk of influenza infection in children aged 3 to 16 years from 18% to 4% over a single season. Somewhat surprisingly, the evidence from these studies on the adverse effects of vaccination (such as time off school or work) and the positive consequences (such as a reduction in complications like pneumonia) was lacking both in quality and quantity.

These reviews have undoubtedly been helpful, identifying vaccine effectiveness in adults and children but also recognising important research gaps in vulnerable populations such as older adults and pregnant women. It’s clear that in 2018 we need to move forward by conducting more research in this area, building the evidence and examining it critically, not accepting our fate ‘stoically’.

Emma Plugge has nothing to disclose.

Emma Plugge is Cochrane UK's Senior Fellow in Public Health. Emma's two distinct areas of research interest are the health of socially excluded groups and educational research. Her previous research has examined the health of prisoners, drug users, commercial sex workers, probationers, those living in poverty and migrants. The current focus is on the health of prisoners across Europe and Central Asia, linking with the WHO Collaborating Centre for the Health in Prisons Programme, WHO European Region. Other strands of research include work on the prevention of Female Genital Mutilation (FGM) in affected communities in the UK through community researchers.