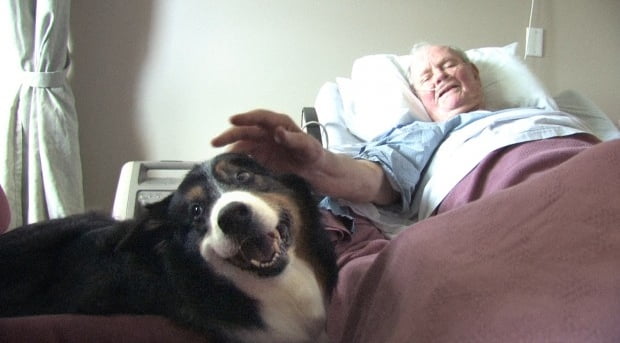 In the last of our special series of guest blogs for Hospice Care Week, GP Richard Lehman considers palliative care for people with heart failure and the need for good care based on the patient’s goals at the end of life, whatever their mode of dying. 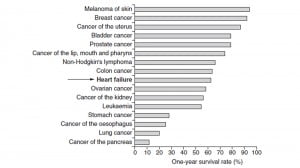 Looking through the Palliative Care section of the Cochrane Library, you will find a great wealth of reviews, from the very general to the very specific. Almost all of them relate to dying from cancer. Most people, however, die from conditions other than cancer; and conversely most people with cancer do not die from it. The average age of patients in acute medical hospital wards is now 80 or over, and the commonest cause for admission is a syndrome called heart failure, which can be quite as distressing as having widespread cancer, and just as lethal. But most people with heart failure do not receive any form of palliative care, and if you look up “heart failure” in the Cochrane Library you won’t find any reference to it paired up with “palliative” in the titles of the reviews.

I became acutely aware of this over twenty years ago, when my father was dying from heart failure. I was really anxious to keep him away from hospital, where he would be frightened and disoriented. My mother looked after him well at home, but she began to look ill herself. Just as my father entered his last weeks, she was diagnosed with advanced ovarian cancer. In the case of my father, we managed his dying at home as best we could, but when my mother went through her final months, we had access to first class palliative care. She died peacefully in our local hospice, which had only just opened.

Up to that point in my career as a general practitioner I had been keenly interested in palliative care for cancer, but now I became keenly interested in palliative care for heart failure, and in particular in why it seemed not to exist. This was in the early 1990s, a time when the syndrome of heart failure was suddenly becoming a fashionable topic in cardiology, and GPs were being told that that they were overdiagnosing the condition and undertreating it. This accusation did not make sense to me then and still does not. The “heart failure” of cardiologists usually refers to reduced left ventricular function as seen in male patients in their early 60s who were enrolled in big randomized trials from the early 1980s to the present time. Thanks to these trials we know how to treat them and help them to live longer. The “heart failure” of general practice is quite different. Here the average age is 78 (the age of my father when he died) and the gender ratio is equal. Half of these patients do not have damaged left ventricles but simply stiff old hearts, and we do not know how to extend their lives usefully or avoid them coming into hospital every few weeks or months.

The fact is that for most of these people, “heart failure” is their destined mode of dying, and they and their loved ones know it, and feel it acutely whenever they experience an episode of “decompensation”. Almost all such patients have several other medical conditions, related or unrelated to their heart. When they start fighting for breath and feeling the nearness of death, they often have no alternative to calling for an ambulance to take them into hospital. As a result, most people with heart failure either die in hospital or leave a few days later in a weakened state. Many are readmitted within the next month with the same diagnosis or a different one.

A place of safety at the end of life

I can’t help feeling that this is a massive problem that we need to address with new models of care. Elements of care have been explored, usually with a view to reducing readmission to hospital, but interventions such as telemonitoring and the provision of specialist community nurses have had little overall effect. I think we need to begin with the patient experience and acknowledge the need that these people who are near the end of life have for a place of safety when they become very ill. An acute hospital ward may be a poor destination for most of them. Eight years ago, I put together the first book on heart failure and palliative care with Miriam Johnson. Now I think it’s time for others to take this subject up and look more widely. What, I would ask, is the difference between “palliative care” and simply good care based on the patient’s goals for the remainder of their life and the time when they die?

Chapman S. New evidence on how to help people with chronic heart failure to stay out of hospital. [20 October 2012]. Evidentlycochrane.net. Web. https://www.evidentlycochrane.net/new-evidence-on-how-to-help-people-with-chronic-heart-failure-stay-out-of-hospital/

Putting the Heart into Palliative Care by Richard Lehman