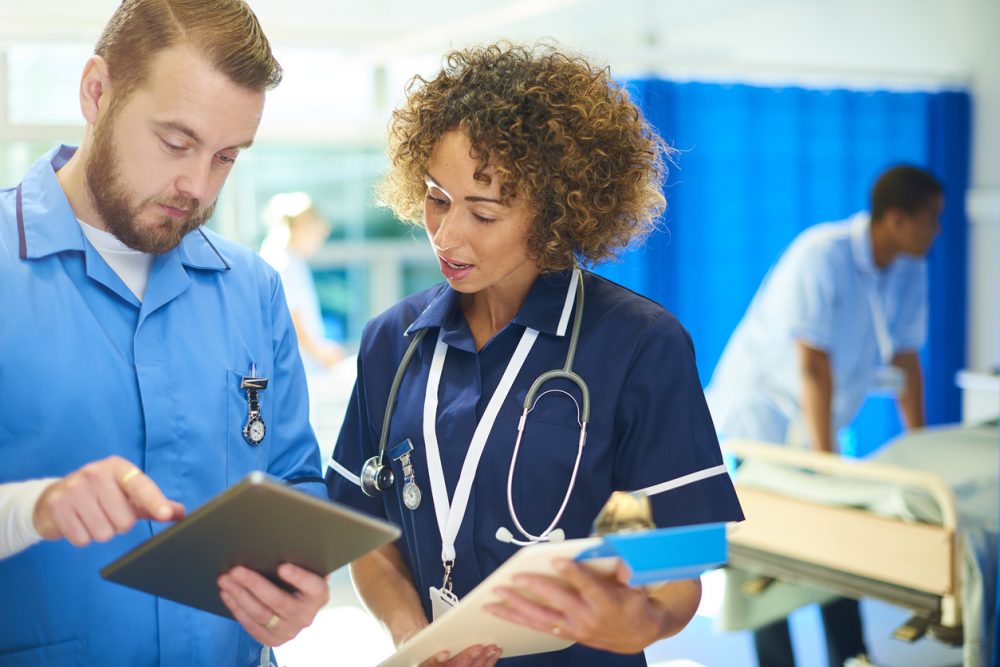 In this blog for nurses, Sarah Chapman looks at Cochrane evidence on short-term catheterisation and Jacqui Prieto, Associate Professor and Clinical Nurse Specialist in Infection Prevention, reflects on what clinicians need to consider for best practice.

Helen Cowan, RN, has written here about the confusion surrounding catheter care, and I blogged here about intermittent catheterisation (IC) for long-term bladder management , finding that the Cochrane review on this reveals a dearth of reliable evidence to inform choices. Is the evidence base relating to short-term catheterisation any better? What other considerations are there when it comes to best practice?

There are four Cochrane reviews that might give us some answers, on routes for catheterisation, types of indwelling urethral catheter, antibiotic prophylaxis, and strategies for catheter removal. Short-term catheterisation is defined here as intended for use for 14 days or less. 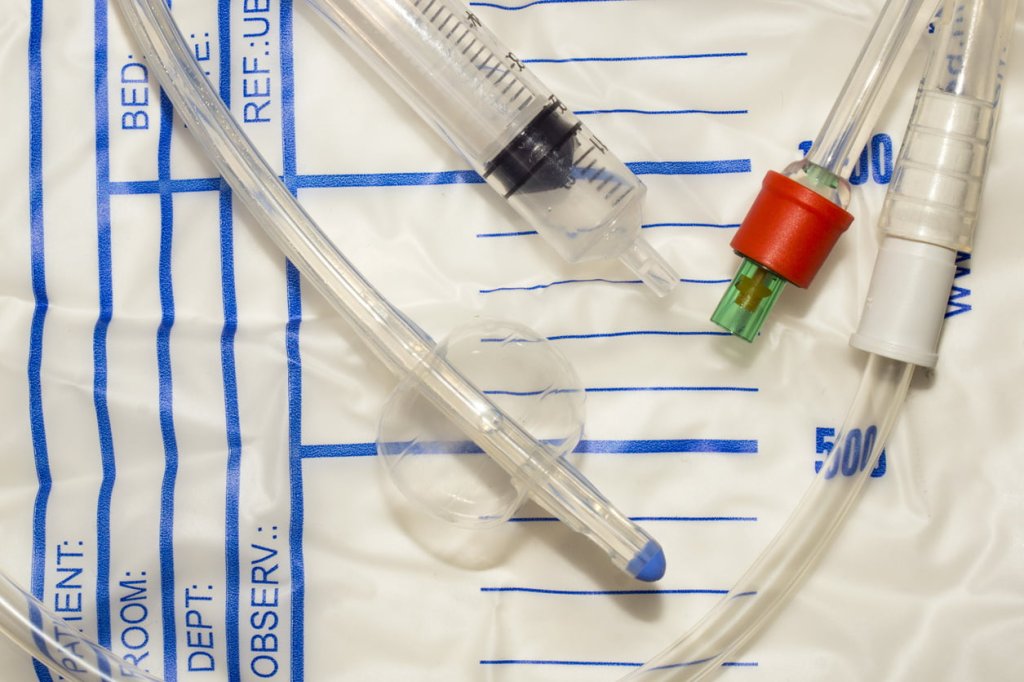 Which route for short-term catheterisation?

The authors of the Cochrane Review Urethral (indwelling or intermittent) or suprapubic routes for short‐term catheterisation in hospitalised adults (December 2015) were hoping to determine the benefits and harms of different routes of catheterisation in terms of urinary tract infections, which account for about 19% of hospital-acquired infection and around 60% of these are associated with urinary catheters (European Centre for Disease Prevention and Control, 2013), duration of use, replacement; adverse events; patient satisfaction; and cost effectiveness.

They found 42 relevant trials with 4577 participants, comparing indwelling urethral with suprapubic or intermittent catheterisation, and intermittent with suprapubic . So far so good. But the quality of the evidence was low or very low, and important outcomes have been largely overlooked. None of these trials reported on ease of use, quality of life or cost effectiveness, and only five considered catheter-associated pain. In short, we’re no further on in terms of having a sound evidence-base to inform choices about which route.

So, for a patient who’s going to have an indwelling urethral catheter, which type would be best?

Which type of indwelling urethral catheter for short-term catheterisation?

Another Cochrane Review Types of indwelling urethral catheters for short‐term catheterisation in hospitalised adults (September 2014) looked at this, consulting patients and other ‘experts’ on the outcomes that should be considered. They establish whether one type is better than another primarily in terms of reducing the risk of urinary tract infection in hospitalized adults, but also other outcomes such as ease of use, comfort and cost. They were able to include one large trial with almost 28,000 participants, and another 26 trials with 12,422 participants.

However, only one trial measured symptomatic catheter associated urinary tract infection (CAUTI) using standardized definitions. This trial involved 6394 people having elective surgery, most catheterized for perioperative monitoring. It was designed to assess catheters as they are used in UK hospitals for short-term use, so the findings may not be generalizable to other types of patients (such as those at higher risk of developing CAUTI) or longer term catheter use.

The review authors highlighted serious limitations in the research, including the failure to identify and measure outcomes that are important to patients and a lack of consensus about which outcomes should be measured and how they should be defined. The emphasis has been on investigating different types of catheters, rather than on other strategies for reducing the risk of CAUTI, such as reducing the incidence or duration of catheterisation. 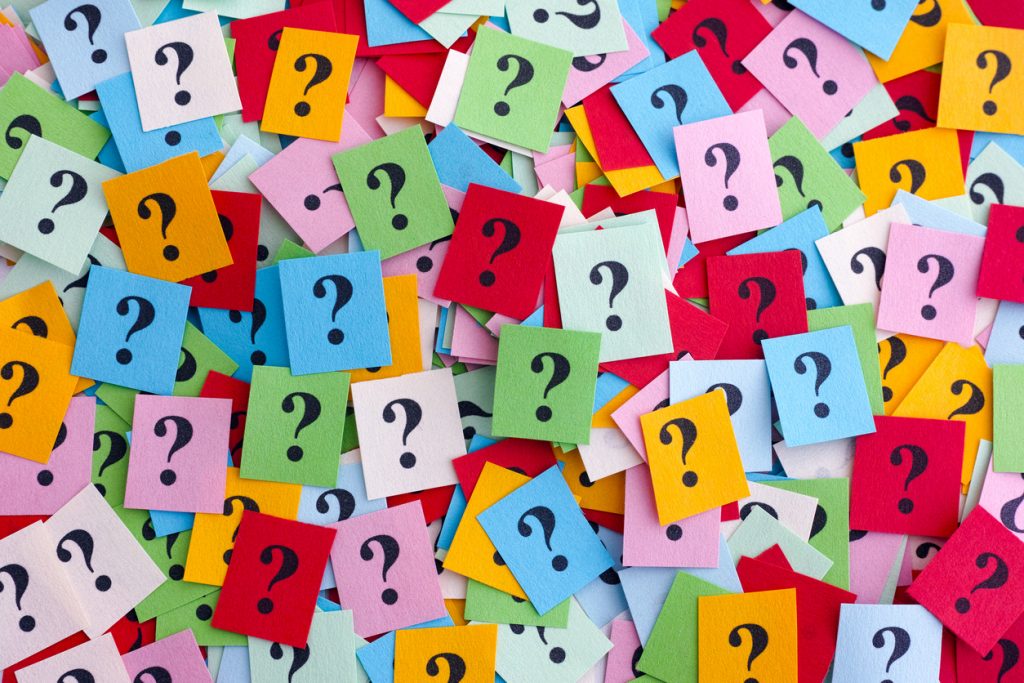 Using systemic antibiotics as a measure to reduce the risk of urinary tract infection is controversial and of course the potential protective effect must be balanced against the potential harms, both for the individual and in terms of the wider problem of bacterial resistance.

A Cochrane Review Antibiotic prophylaxis for short‐term catheter bladder drainage in adults (July 2013) looked at the effect of different antibiotics, and compared antibiotic prophylaxis with none, on the development of asymptomatic bacteriuria and on urinary tract infection, in adults catheterized short-term. Other outcomes such as quality of life and cost effectiveness were also considered.

There is little evidence to go on. The review includes six trials with 789 people. The only outcome measure that was consistently reported was bacteriuria; a single trial reported symptomatic UTI. There was little data about antibiotic resistance and none on adverse effects, economic costs or quality of life. 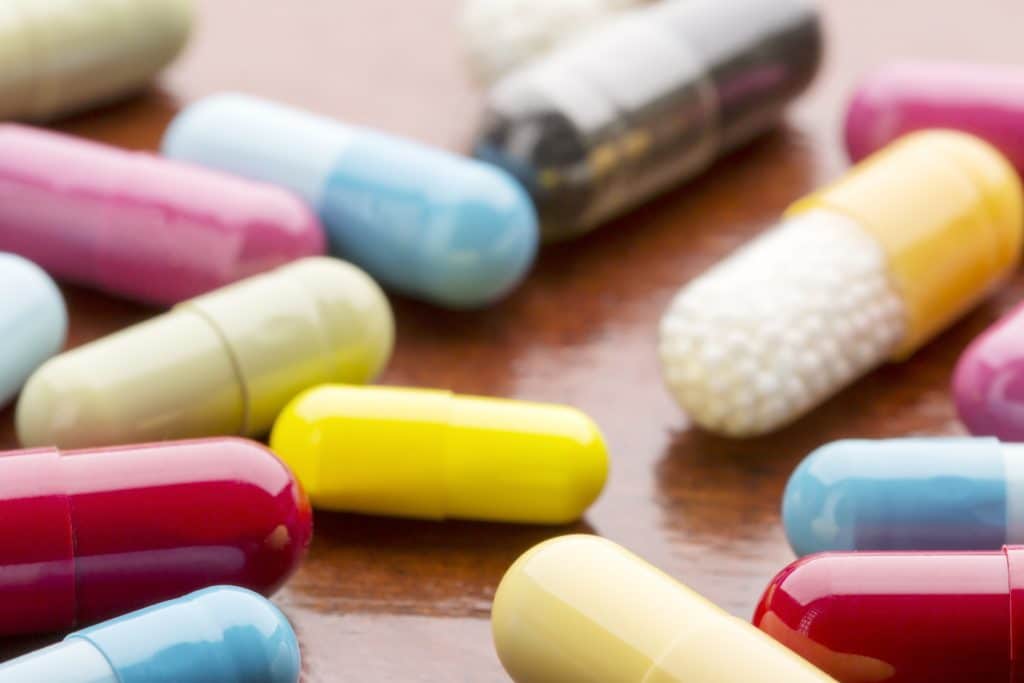 The Cochrane Review Strategies for the removal of short‐term indwelling urethral catheters in adults was updated in June 2021, with the addition of new studies, bringing the total to 99. However, a key message remains that there is a need for better evidence.

The review authors conclude “There is some evidence to suggest the removal of indwelling urethral catheters late at night rather than early in the morning may reduce the number of people who require recatheterisation. It appears that catheter removal after shorter compared to longer durations probably reduces the risk of symptomatic CAUTI and may reduce the risk of dysuria. However, it may lead to more people requiring recatheterisation. The other evidence relating to the risk of symptomatic CAUTI and dysuria is too uncertain to allow us to draw any conclusions.”

So what is best practice for use of short-term catheters in hospital and what do clinicians need to consider? 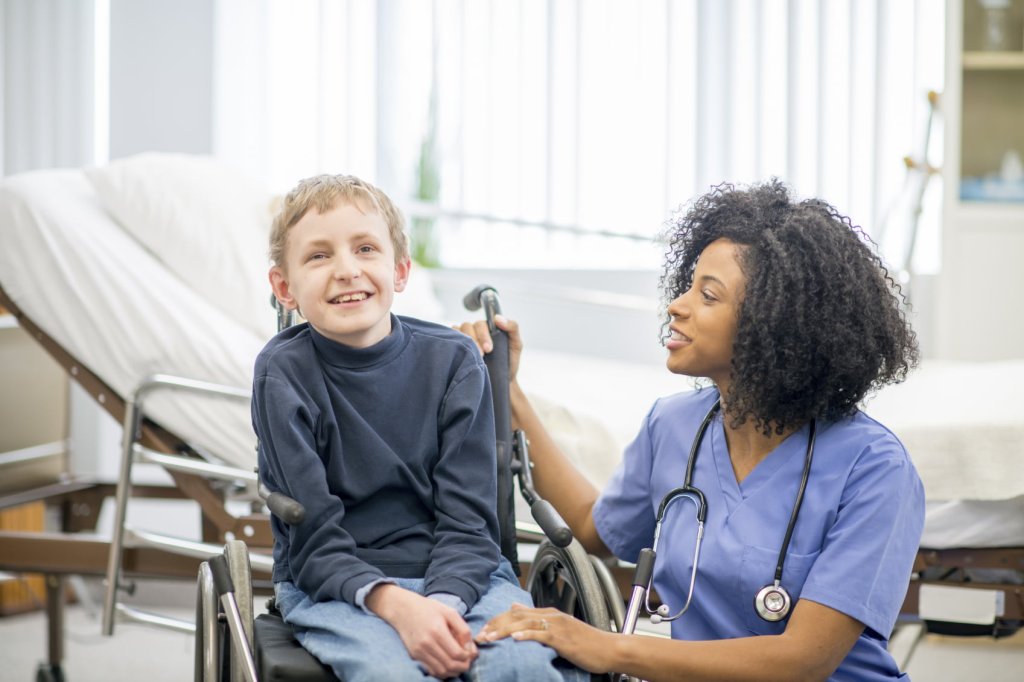 In paediatrics, it’s a well-established practice to use non-invasive methods in preference to indwelling catheters, where possible

The overiding principle is to use short-term catheterisation as a strategy of last resort, when all other options are deemed unsuitable.  This is a well-established approach in paediatrics, where alternative, non-invasive methods are used in preference to indwelling catheters.  Similarly in oncology, where patients have increased susceptibility to infection, non-invasive bladder management strategies are the norm.

However, we know that catheters are used more than necessary among hospitalised adults and reducing both the incidence and duration of catheterisation is an important priority to reduce the risk of CAUTI.  Agreeing criteria for appropriate (and inappropriate) catheterisation is an important starting point, including guidance on when alternatives to indwelling catheters, such as intermittent and sheath catheters, are suitable and confer benefit.

The two main reasons for short-term catheterisation are urine output monitoring and acute urinary retention.  In patients having surgery, this includes perioperative output monitoring and management of post-operative urinary retention.  Whilst these indications seem straightforward enough, in reality, they allow for more widespread use of catheters than is necessary.  As such, catheters have become the norm rather than the exception. 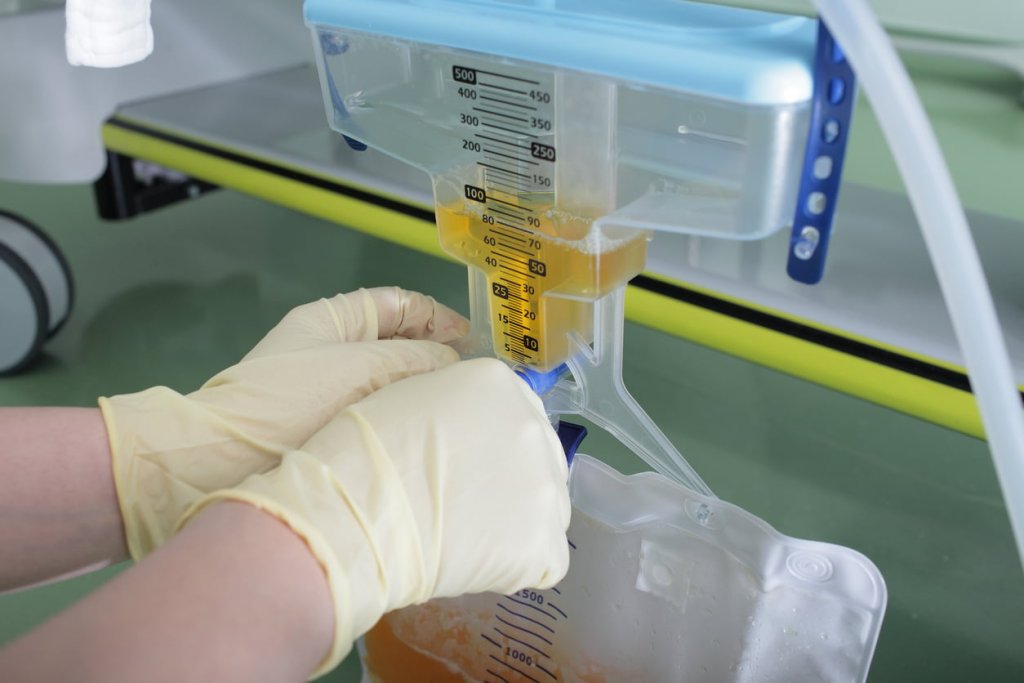 Promoting viable alternatives to an indwelling catheter is key. For example, there are circumstances when hourly urine output monitoring is required to provide treatment in the critically ill and this can only be achieved using an indwelling catheter with a urine meter.  However most patients who require urine output monitoring need accurate rather than hourly measurement, which can be achieved by weighing urine collected via a urinal, bedpan, commode, sheath catheter or incontinence pad.

Similarly, acute urinary retention requires bladder catheterisation, but this can be with an intermittent rather than indwelling catheter, particularly in the post-operative period when the underlying reasons for retention are transient.  Assessment using a bladder ultrasound scanner ensures avoidance of unnecessary catheterisation. 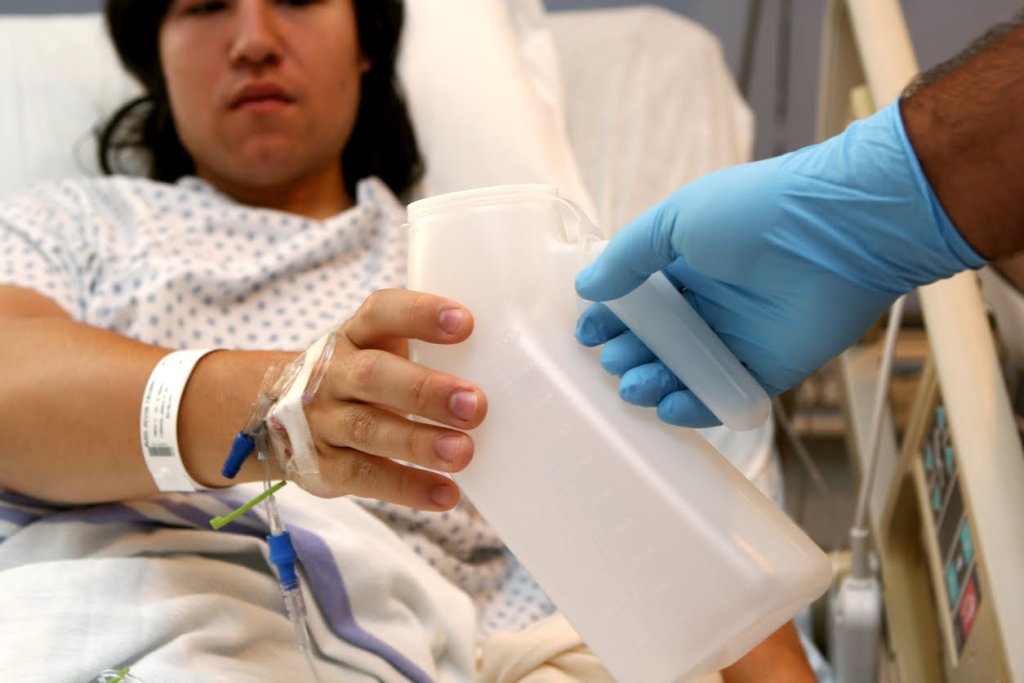 Promoting alternatives to an indwelling catheter is key

Prompt removal of indwelling short-term catheters is another cornerstone of best practice.  This requires regular (at least daily) review of the ongoing need for a catheter.  Curiously, clinicians’ stipulations for catheter removal are often unrelated to the original indication for use, as are the reasons for prolonged dwell time.  Trial without catheter (‘TWOC’) once the patient is mobile or has opened their bowels is often identified as a goal, even when this was not a consideration for initial catheter use.  A patient, or their family members, may ask for the catheter to remain in place longer than is necessary because of incontinence or reduced mobility.  Delayed removal has been addressed by studies instigating daily reminders or ‘stop orders’, which have been demonstrated to be effective.

We need to make better use of alternatives to indwelling catheterisation in hospitalised adults and clinical trials are needed to address this.  For example, we need to know when intermittent catheterisation is of benefit in place of indwelling for the management of acute urinary retention, including post-operative urinary retention.  However, in order to develop suitable interventions for testing in a clinical trial, research is needed to understand and address the reasons that drive unnecessary and prolonged use of short-term catheters.

Clinicians are most likely to be influenced by research that demonstrates reduced CAUTI as a primary outcome.  This means future trials need to measure symptomatic CAUTI using a standardised definition that includes follow-up after discharge from hospital.

In addition, the definition for short-term catheterisation would benefit from review.  Whilst the Cochrane reviews cited above stipulate an intended dwell time of 14 days or less, this is an arbitrary time point.  In clinical practice it is perhaps more relevant to distinguish short and long-term indications for a catheter.  A short-term catheter should be used for the least possible time, preferably 1-2 days, but there are circumstances when a longer dwell time is indicated, for example, urine output monitoring during a prolonged critical illness.  Of note, manufacturers classify duration of catheterisation according to catheter material; latex, coated latex and plastic (PVC) catheters being suitable for up to 4 weeks, whereas 100% silicone can be used for up to 12 weeks.

Short-term catheters are used for important reasons in hospital, particularly monitoring urine output and managing acute urinary retention.  However, they are used more than necessary and for too long.  Wherever possible we need to make alternative, non-invasive options the strategy of choice.  Most evidence relates to catheters used for just a few days, but we know that many short-term catheters are used for longer than this.  For each day a catheter remains in place, the risk of infection increases.  There is little evidence about the timing of catheter removal, although removal at midnight may confer some advantages.  The most important thing is for removal to be managed in a planned way, with criteria for removal being considered at the time of insertion to avoid prolonged use.

Jacqui Prieto and Sarah Chapman have nothing to disclose. Views on best practice are Jacqui’s own.

Jacqui Prieto PhD, RN is an Associate Professor at the Faculty of Health Sciences, University of Southampton and a Clinical Nurse Specialist in Infection Prevention at University Hospital Southampton NHS Foundation Trust. In 2013 she was awarded a prestigious 5-year NIHR Senior Clinical Lectureship. Her research and clinical work focuses primarily on reducing catheter-associated urinary tract infection in acute care. Jacqui is a Board Member of the Infection Prevention Society and a former Chair of its R&D Committee. In 2011 she was a member of the Topic Expert Group for the NICE Guide on the Prevention and Control of healthcare-associated infection (HCAI). In 2012/13 she was a professional advisor to the DH commissioned 'epic3' national evidence-based guidelines for the prevention and control of HCAI. In 2013/14 she led the Cochrane review of intermittent catheterisation for long-term bladder management.