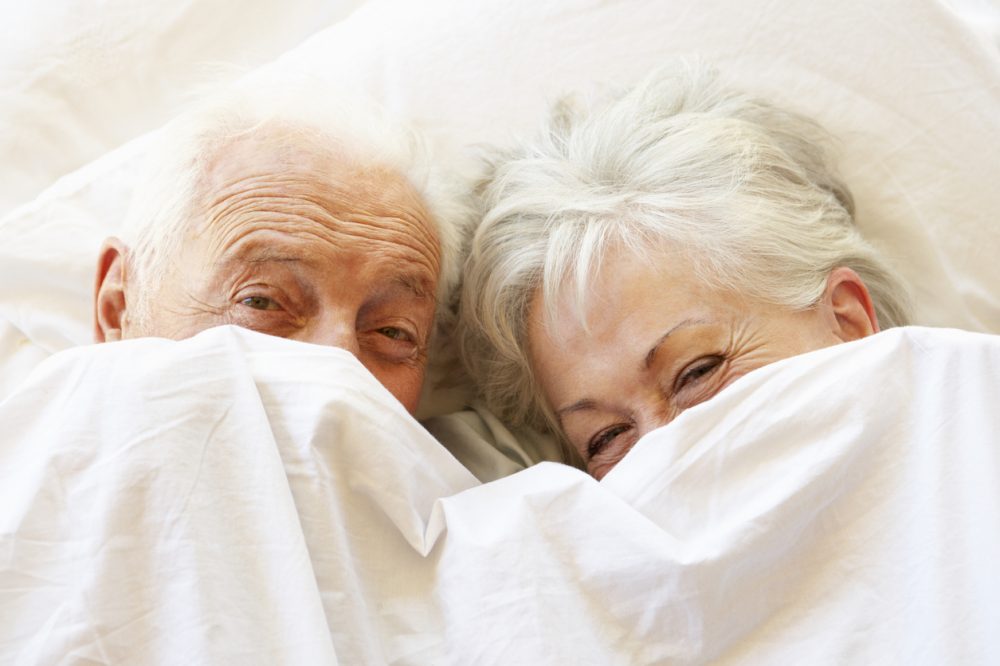 In this blog by Lynda Ware, Senior Fellow in General Practice with Cochrane UK, written for non-medical readers, she considers sexuality in chronic illness. Why is it that sexual difficulties in this context are so frequently undiagnosed and untreated? With the help of Dr Eleanor Holloway and Dr Margaret Denman (colleagues in psychosexual medicine), Lynda uses fictional patient stories to illustrate the impact of chronic illness on sexual health, the importance of enabling discussion about it and how treatment can be helpful. Prof Cynthia Graham gives her view on current research.

Sex remains an important contributor to quality of life in many patients with chronic illness and their partners. Doctors need to recognise that people may be sexually interested even though they are old, ill or disabled

These wise words were written by Dr Rosemary A McInnes in the Medical Journal of Australia in 2003. Dr McInnes sums up clearly and succinctly the problems surrounding the treatment of chronic illness and sexuality. Her article remains highly relevant 14 years on and illustrates how far short of the mark the medical profession falls in identifying, treating and researching the sexual difficulties which may be associated with long-term illness.

Over the course of 30 years in General Practice in Oxfordshire I watched psychosexual services slowly dwindle. Medical student teaching of sexuality and its problems is patchy at best and it is acknowledged that much more research in the field is needed.

It is useful to consider the effects of chronic disease on sexuality under three headings :

It may be that nerves and blood vessels to the genitalia have been damaged by chronic disease, for example in diabetes.

A is a 52 year old man who has had type 1 diabetes since the age of 13. His diabetes has been well controlled in recent years but he has had some complications in the form of retinopathy and numbness in his toes. For five years he has been taking tablets for high blood pressure and raised cholesterol. A new doctor was in clinic for A’s annual diabetes review and for the first time A was asked about sexual problems. This was a relief as for the last 5 years A has had problems with erections, but had not thought it appropriate to mention to his specialist doctor. A had tried some sildenafil tablets (Viagra) prescribed by his GP but these had not helped. A was referred on to another doctor within the diabetes department to discuss options to treat erectile dysfunction. His partner was invited to go along too. Mr A also had his testosterone level checked. 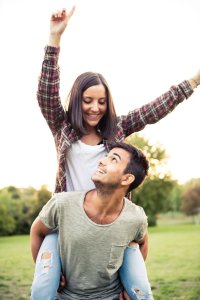 B is a 21 year student who became depressed in her final year at university. Her mother was diagnosed with breast cancer when B was working towards her final exams. She started on an SSRI antidepressant and was referred to the university counselling service. Her mood recovered well with this help and she was advised to stay on the antidepressant for at least 6 – 12 months, but she found she was no longer able to reach orgasm alone, or with her partner of 3 years. (A common side effect of SSRI medications in men and women is that they can make it more difficult to get highly aroused and to climax. This side-effect usually resolves on stopping the medication.) B spoke to her GP about this. He suggested that she could try a different antidepressant less likely to have the same side-effect, or she could stop antidepressant medication and see if her mood remained steady, or she could accept this side-effect temporarily and wait to stop the antidepressant after 6 months. Her GP also recommended some self-help reading regarding ways to help improve arousal and likelihood of orgasm.

Non-specific effects of chronic illness such as pain, fatigue and immobility will impact on sexual activity and desire. 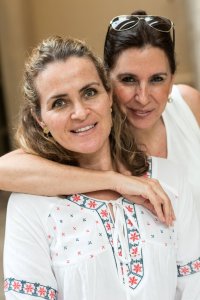 Sex is an important part of life

Surgical procedures can profoundly affect bodily appearance and function, leading to difficulties with accepting changes to body image and perceived desirability. Chronic illness is often associated with anxiety, depression, loss of self-esteem and grief. Chronic illness will also affect the relationship between the patient and his/her partner. A lover will become a carer and it can be hard to keep the flame of sexuality alive.

C is a 55 year old woman recovering from mastectomy + chemotherapy + radiotherapy for breast cancer. C and her partner have not had sex since the start of her treatment. C  feels embarrassed about the way her chest looks now – it is asymmetrical and scarred and not attractive to her at all.  Also she still gets pain from touch to the area of scarring. C’s partner is anxious not to put any pressure on C to resume having sex as she has witnessed how difficult the cancer treatment has been for C physically and emotionally. But C and her partner are both missing  physical intimacy. They feel that they have drifted apart since C’s illness and become more like best friends than lovers….

These are important too. There is a prevailing view that sex is the prerogative of the young, fit and attractive. Society, including many doctors, needs to feel comfortable with the fact that sex is an important part of life, irrespective of age, gender, health status, sexual orientation, and whether in a long-term relationship or not.

What can be done to enable sexuality in chronic illness?

It seems to me that there are several pertinent questions that need to be addressed:

Thinking about these issues, I was reminded of a story of my own.

As part of my Medicine Finals examination I had to talk to a real patient and undertake a physical examination. This was known as the ‘long case’ and it was followed by a detailed presentation to an examiner.  My patient was a middle-aged man with multiple sclerosis. He told me that his marriage had been seriously affected by impotence caused by his illness. He became distressed when talking about these problems. The examiner, who was also the patient’s neurologist, acknowledged that he was completely unaware of this important aspect of his patient’s clinical story, despite having known him for many years.

So much emphasis is placed on diagnosis and treatment of disease that important issues such as a healthy, happy sex life can be easily overlooked. Many doctors feel unskilled, embarrassed or unwilling to engage in this conversation. Patients may feel reluctant to broach the subject of their sexual problems and may be unable to put their concerns into words.

“It can be difficult to discuss sex with a doctor or nurse but they should be able to understand without getting embarrassed.  It is not necessary to use medical terms and they will understand if you say things like ‘I can’t keep it up’ or ‘I can’t come’.  If a medical professional does not seem to know what to do to help you, ask them to refer you or signpost you to someone who can.”

Talking to your GP and/or consultant team is an important first step. 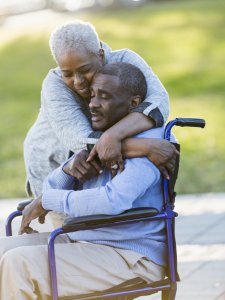 There are Cochrane systematic reviews looking at sexual problems and diabetes, chronic obstructive airways disease, chronic kidney disease, cardiovascular disease, multiple sclerosis (erectile dysfunction only) and in connection with antidepressant medication and antipsychotic medication. One Cochrane Review on treatments for sexual problems following stroke is still at the planning stage [Editor’s note: now published, in May 2020, this review has highlighted an important gap in the evidence on treatments ofor sexual problems following stroke]. Although some interventions are described as ‘promising’, the overriding theme is that the existing evidence is limited.

I asked Cynthia Graham, Professor in Sexual and Reproductive Health at the University of Southampton about this.

“How much research has been done on the impact of chronic disease or its treatment on people’s sex lives? The answer is: it depends on the chronic disease. For some conditions (for example, diabetes in men) there has been a lot of research. Regarding diabetes, this is mainly because of the huge impact that the disease has on men’s erectile function. For other diseases (for example, cancer or multiple sclerosis) we have some data but for most chronic illnesses (including heart disease) there has been little to no research.

Moreover, most studies have had a strong focus on the effects of chronic disease on sexual response, for example, orgasm and erection rather than on sexual desire. In women, the focus has often been on possible pregnancy and fertility rather than effects on sexual pleasure. Little research has explored how chronic disease can affect psychological or relationship aspects of sexuality, even though these may be as or more important than the direct physical effects. To give one example, patients with heart disease (and their partners) may worry that any sexual activity will be harmful and avoid sexual intimacy as a result – and common-sense advice and reassurance from a clinician may be all that is needed. Finally, qualitative research, which focuses on patients’ accounts of the impact of chronic illness on their sex lives is particularly sparse.

We know from a recent large-scale survey carried out in Britain that many people in poor health report a negative effect on their sex life (although less than one-quarter seek clinical help). There is thus a pressing need for research in this area to better understand sexual problems in the context of chronic disease and to develop treatments to meet this unmet clinical need.”

One way of feeling ‘normal’….

I will finish with a final quote from Dr McInnes:

“Relationship and sexual satisfaction are important boosters of quality of life, a crucial concern for patients who live with chronic illness. In a life restricted by illness, sex can be a powerful source of comfort, pleasure and intimacy, and an affirmation of gender when other gender roles have been stripped away. For patients with chronic illness and their partners, a satisfying sex life is one way of feeling ‘normal’ when so much else about their lives has changed.”

Grateful thanks to Dr Margaret Denman and Dr Eleanor Holloway, former and current doctors respectively in Psychosexual Medicine in Oxford, for their expertise and stories. Very many thanks also to Professor Cynthia Graham, Professor in Sexual and Reproductive Health at the University of Southampton, for her time and research experience.

Still being sexual in chronic illness by Lynda Ware