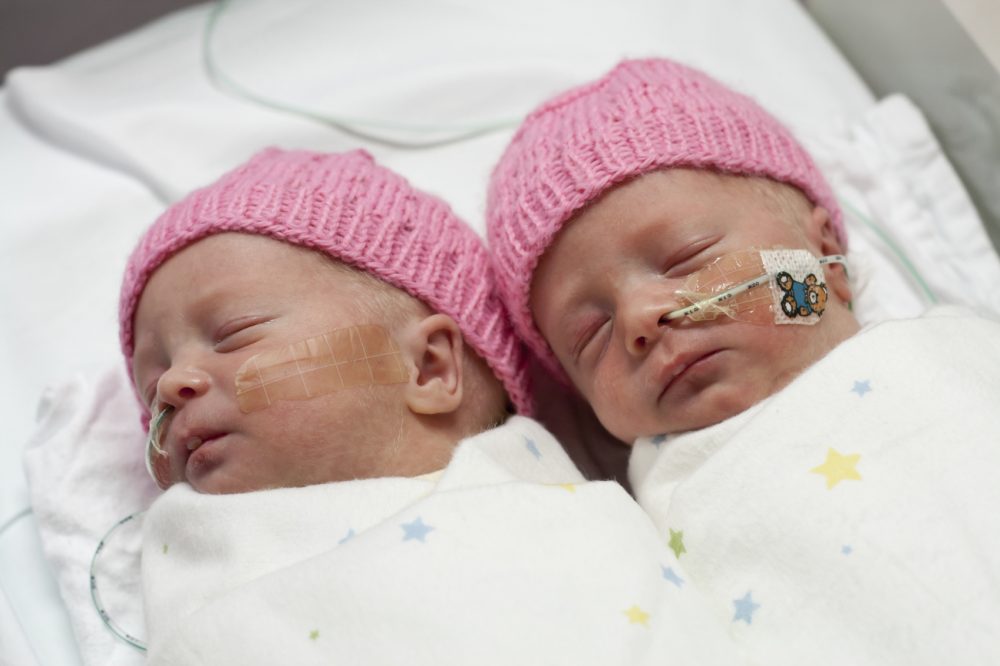 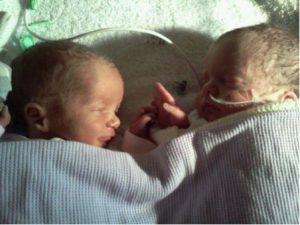 Anna Sutherland, Palliative medicine doctor, and mother of twins, looks at Cochrane evidence on whether co-bedding for stable premature twins has any effect on their development and wellbeing

When our identical twin girls were born at 32 weeks one of the things that bothered me the most was that they had to be in separate cots in special care. As soon as they were medically well enough, I asked for them to be nursed in one cot side by side. It was maternal instinct that made me ask, rather than any particular evidence I had read. The sight of them in separate cots after months of being so close together just felt wrong.

One of the first things that happened was that they felt for each other’s hands. From then on I never felt anxious leaving them in the evening because I knew they had each other.

Can evidence tell us if twins do better in one cot?

Given that a mother’s instinct and worries about separation isn’t very scientific, a Cochrane Review recently studied whether putting premature twins in the same cot actually improves how well they do in a review called “Co-bedding in neonatal nursery for promoting growth and neurodevelopment in stable preterm twins”.

Although the trials were too small and there were too few of them either to support sleeping preterm twins in the same cot or suggest that this was a harmful thing to do, they did find some interesting things.

They found no difference between twins cared for together or in separate cots for:

They also checked to see what happened when the twins had their heel prick blood tests taken. I think we all know the answer to that one, don’t we? Yeah, they scream! But they found that twins who shared a cot showed fewer signs of pain 30 seconds after but more signs of pain 90 seconds after. Researchers haven’t been able to explain why this is yet, so we are left to guess. I’m sure any twins’ mum or dad would guess that this might be because the chilled out twins at the start suddenly realise what has just happened and most likely both start screaming by the 90 second point, making everyone that bit more stressed!

So although we still don’t know if twins born prematurely should be looked after in one cot or separate cots, and we need more research to be able to say either way, I know what I would want if I had premature twins again.

I’d want to be asked. And if I was, I would still want them to share a cot.

Our twins shared a bed until they were four and a half, actually they still do if one is upset or ill, and it hasn’t done them any harm as far as I can tell! 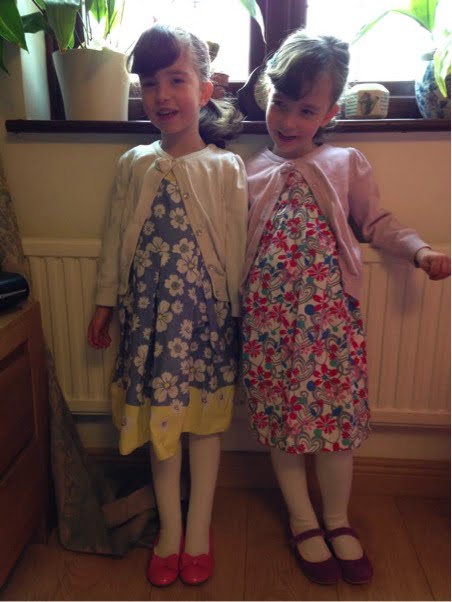 Anna Sutherland is Cochrane UK Fellow. Anna has no other conflicts of interest to declare.

There were twins in a bed and Cochrane said no difference by Anna Sutherland is licensed under a Creative Commons Attribution-NoDerivatives 4.0 International License.
Based on a work at http://onlinelibrary.wiley.com/doi/10.1002/14651858.CD008313.pub3/full.
Permissions beyond the scope of this license may be available at http://www.cochrane.org/CD008313/NEONATAL_co-bedding-preterm-twins-optimize-growth-and-brain-development. The featured image was purchased from istock.com for Evidently Cochrane and the other images belong to the author. Images may not be reproduced.

Anna Sutherland, BSc, MBChB(Hons), MRCP (UK), PG Cert Med Ed, FHEA, has previously been a Cochrane UK Fellow and is currently an ST5 in Palliative Medicine. Anna has undertaken a Cochrane Review and established the Cochrane UK Trainee Advisory Committee (CUKI-TAG). Anna's main interest is in improving the quality of patient care at the end of life, with a particular interest in the evidence based use of emerging pharmacological therapies. Anna also enjoys spending time with her twin daughters and young son.