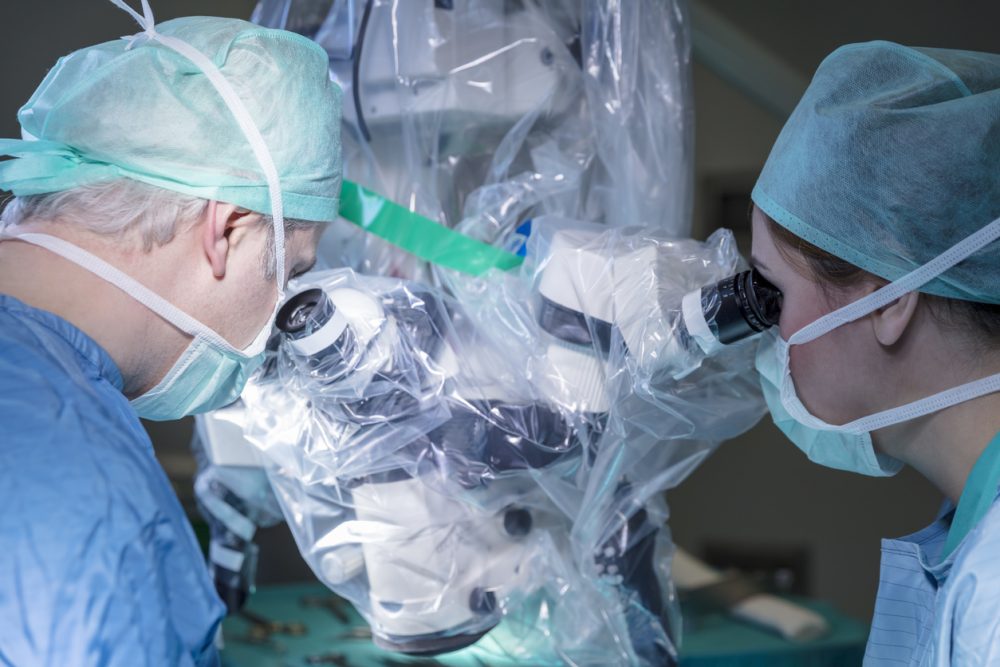 AVM: is it serious?

Drake White [2], a 35-year-old country singer from Alabama, was performing in a concert in Virginia on 16th August when he suddenly felt unwell and nearly collapsed [3]. He was rushed to the emergency room, and later announced that he had previously already been diagnosed with an arterio-venous malformation (AVM) earlier in the year, which may have been the cause of his symptoms.

Compared to Drake, Neiron Ball, a young American football player was less fortunate. Despite receiving treatment for his AVM and making a significant recovery in 2011, Neiron Ball suffered from a catastrophic second bleed in December last year and died this month at the age of 27 [4]. So, an AVM can be a serious diagnosis.

Despite being a rare condition (estimated to be 18 per 100,000 adults) AVMs are one of the major causes of brain haemorrhage (bleed) in young adults [5]. They are abnormal tangles of blood vessels (probably mostly present from birth) that can not only lead to a stroke or death, but also seizures and transient neurological symptoms, such as weakness and numbness. Once a haemorrhage occurs, the risk of a second bleed is also increased. To increase its danger, AVMs are sometimes associated with aneurysms, blisters on blood vessels in the brain, which are also prone to rupture and causing haemorrhages.

How can AVMs be treated?

As imaging options such as MRI become increasing available, AVMs are being diagnosed more frequently. With that, doctors are looking into the efficacy of a number of treatments in order to prevent devastating haemorrhages from happening. The current mainstay of treatment for AVMs [6], [7] includes:

All treatments carry a different degree of risks. The decision of what to offer depends on where the AVM is, its blood supply and size, and the patient’s general health [8, 9].

As doctors, it is important for us to know what the most appropriate treatment options are so we can minimise the risks to our patients, while maximising the treatment outcome.

What is the most effective and safest treatment option?

The recent Cochrane Review attempts to answer this question by reviewing the evidence available in the academic literature. It has a very strict criteria and only considers studies that are randomised controlled trials (RCTs) [10] to be of high enough quality to be included. It only includes studies of those aged 16 years or above with a brain AVM that has not previously been treated.

The study only found one trial which fit into the criteria (after filtering out 2839 other records). This is the ARUBA (A Randomized trial of Unruptured Brain Arteriovenous malformations) trial published in the Lancet in 2013 [11].

In short, the study was a first study of its kind, which randomly assigned 226 adults from nine countries to either medical management or medical management with interventions (neurosurgery, radiosurgery, embolization, or a combination). The authors suggested that intervening confers a worse outcome (in terms of dependency or death) and increase the frequency of symptomatic haemorrhage but not epileptic seizures.

No more surgery for AVM? Do we wait until it bleeds?

Most neurosurgeons would agree that ARUBA was a highly controversial study and it is not short of criticisms. There are a number of factors that may potentially lead to bias. First of all, 726 patients were eligible for the study but somehow only 226 were enrolled (323 refused but it was uncertain about the other 177 patients).

Then, the average follow-up was 33 months (with large variations). AVMs are a lifelong disease and from previous studies, radiosurgery tend to clot off the AVMs by causing scarring after two to four years. Therefore, we need longer follow-up to be certain of the outcomes. Maybe the effect of the treatment would not show until 20 years later?

76 patients of those who underwent an active treatment had low grade AVMs in this study, meaning they are probably amenable to surgery with relatively low risk. The previous studies showed that the cure rate (“obliteration”) can be up to 96% for those who underwent neurosurgery and were free from further bleeding [12]. However, in the ARUBA study, there were only five patients who underwent surgery. This does not necessarily follow the decision-making rationale that all neurosurgeons practise. Furthermore, it was not a blinded trial (both assessing clinicians and patients are aware of what intervention they have) and hence the placebo effect cannot be eliminated [13].

Despite being a study that attempts to fill the void of knowledge the neurovascular community is seeking; the ARUBA study was not considered robust enough to aid clinical decisioning by many. Therefore, the conclusions of this study must be treated with caution.

The Cochrane Review identified three ongoing RCTs that may shed more light into this area [14], [15], [16], including one study that focuses on comparing conservative management versus intervention. At the meantime, doctors would need to offer what they think is the best treatment to patients with unruptured AVM based on their expertise and resources, taking into account clinical evidence but not just the ARUBA results.

Would you accept surgery on your brain to prevent a possible haemorrhage in the future? Or would you leave a known problem in your brain alone, knowing that it could potentially impact your life significantly in the future?

The key questions to put to the doctors include:

Join in the conversation on Twitter with @JasonYuenNeuro @CochraneUK @CochraneStroke or leave a comment on the blog.

Jason Yuen has nothing to disclose.

Jason is a ST5 Neurosurgery trainee in Plymouth/Bristol. He has a particular interest in the safety of both medical and surgical patients, and the integration of basic science research into clinical practice. He read Natural Sciences (Physics) at the University of Cambridge before graduating from the University of Oxford in graduate-entry medicine (Distinction in Clinical Medicine), where his interest in evidence-based medicine really took-off. He is looking forward to joining the Cochrane UK & Ireland Trainees Advisory Group to further his goals in disseminating the importance of evidence-based medicine to both clinicians and the general public.

No more neurosurgery for unruptured brain AVMs? by Jason Yuen