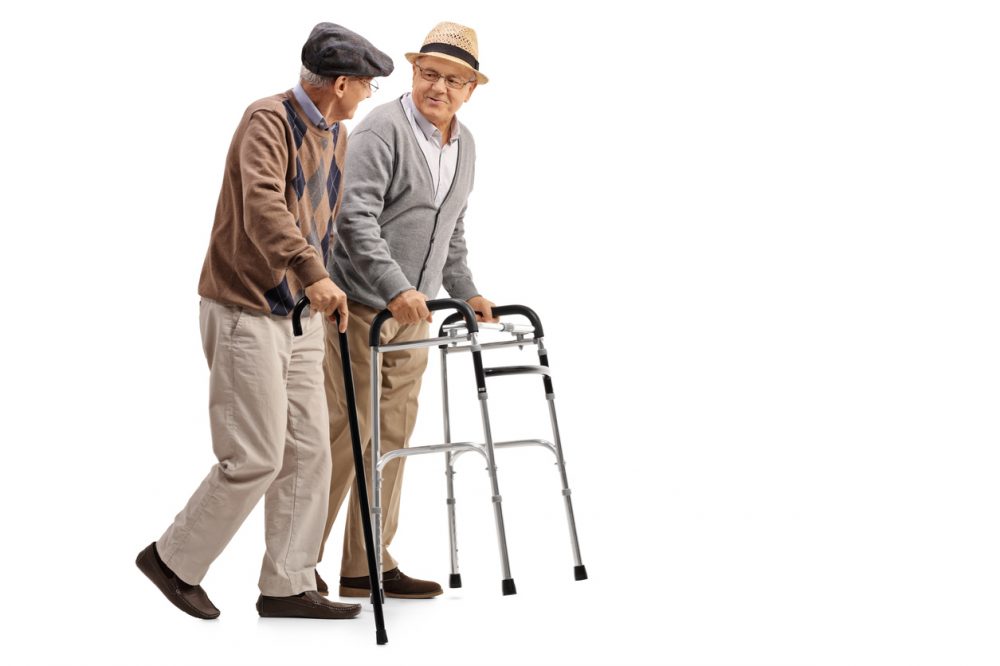 Hip fracture is a really common injury in later life, but do we have reliable evidence to guide care and rehabilitation? Sarah Chapman takes a look. 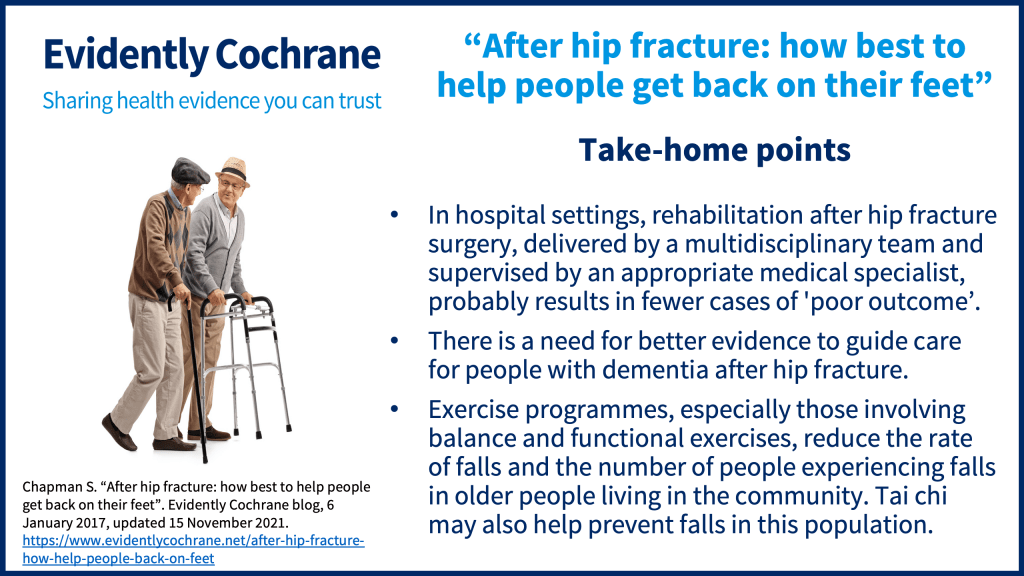 “Mum’s fallen and broken her hip”

These were heart-sink words I didn’t want to hear, not just for the sorrow that my parent was in for a painful, difficult time in the short-term, but knowing too that this can be an injury with serious, long-term consequences. Thankfully, as a very fit 73 year old, Mum made a good recovery, though left with a rolling gait and a permanent dent in her confidence when moving outside. 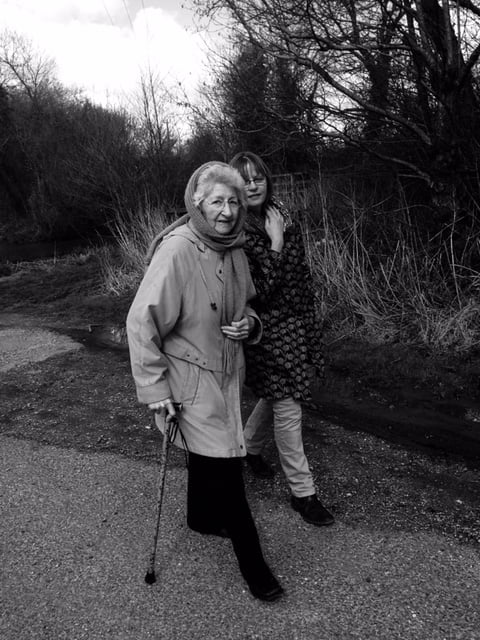 A decade on, I dread it happening again, as for those who are frailer, older, the consequences can be catastrophic. There is an increased risk of death following hip fracture; for survivors, poorer physical function can lead to loss of independence. Were Mum to break her hip again, she’d be one of the 40% of people with hip fracture who also have cognitive impairment or dementia; she’s also frail and under-nourished. These are all factors associated with poorer outcomes.

People like my mum make up the majority of those with hip fracture; old and frail with multiple co-morbidities, quite probably including some form of cognitive impairment. It’s a really common injury, with a lifetime risk of 17.5% for white women and 6% for white men. Most need surgery, to reduce the risk of limb deformity and to speed recovery. We might expect, and certainly hope, that there is good evidence showing what works best when it comes to care and rehabilitation after hip fracture surgery. There are a number of Cochrane reviews which bring together the best available evidence on different aspects of rehabilitation and some have informed the NICE guideline on the management of hip fracture in adults. Let’s take a look.

Multidisciplinary rehabilitation (an update in November 2021)

Care and rehabilitation after hip fracture surgery are increasingly in the hands of a multidisciplinary team, and this was explored in a Cochrane Review Multidisciplinary rehabilitation for older people with hip fractures (updated November 2021). When I wrote this blog, the review included 13 studies which varied from each other considerably in who and what was studied and did not allow for firm conclusions about effectiveness. It was updated in November 2021 with the addition of fifteen studies, which resulted in stronger conclusions on the effects of multidisciplinary rehabilitation in an inpatient setting and some new comparisons in community settings.

There is now evidence that, in hospital settings, rehabilitation after hip fracture surgery delivered by a multidisciplinary team and supervised by an appropriate medical specialist, probably results in fewer cases of ‘poor outcome’. It may also reduce the number of people with poor mobility at 12 months. Its effects (if any) on other outcomes, such as long-term hip-related pain, quality of life, and activities of daily living pain, are uncertain. The impact of supported discharge and multidisciplinary home rehabilitation is also unclear.

How can we best care for people with dementia? 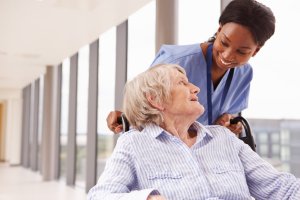 A Cochrane Review Enhanced rehabilitation and care models for adults with dementia following hip fracture surgery specifically looking at rehabilitation and care models for people with dementia after hip fracture surgery was updated in February 2020. There is low-certainty evidence that for people with dementia enhanced care and rehabilitation following hip fracture surgery may reduce rates of postoperative delirium compared with usual care, and that compared with orthopaedic‐led management, geriatrician‐led management may lead to shorter hospital stays. Effects on other outcomes, including health-related quality of life and activities of daily living, remain uncertain. The review authors say that “determining the optimal strategies to improve outcomes for this growing population of patients should be a research priority”.

With many older people under-nourished at the time of breaking a hip and subsequently not eating well whilst in hospital,  this is an important area to address to aid recovery. The Cochrane Review Nutritional supplementation for hip fracture aftercare in older people (November 2016) includes 41 studies with nearly 4000 people. All the evidence was of low or very low quality and some interventions were explored in a single study. The largest number of studies (18) looked at oral multi-nutrient supplements started before or soon after surgery and suggest that these may prevent complications (such as pressure ulcers, confusion and infection) in the first year after hip fracture, but have no clear effect on mortality.

Overall, the review raises more questions than the evidence can answer, or gives hints of that interventions may be promising, such as the use of dietetic assistants to help improve intake, but that need further scrutiny in well designed trials. The review authors note that there is no clear evidence that those who are malnourished are more likely to benefit from multi nutrient supplementation than those who aren’t, but that this may be down to limitations of the evidence, including the use of different definitions of malnutrition in individual trials. Many trials excluded people who were likely to be the most malnourished, such as those with dementia. Let’s hope future trials address these limitations so that we can fill some of these gaps in our knowledge.

Prevention is better than cure…

As well as better evidence on how best to promote recovery after hip fracture, we need to know how to prevent falls in the first place. The Cochrane Review Exercise for preventing falls in older people living in the community (January 2019) has reliable evidence that exercise programmes, especially those involving balance and functional exercises, reduce the rate of falls and the number of people experiencing falls in older people living in the community. When reported, any associated unwanted effects were mostly non-serious. The review authors also found that Tai Chi may prevent falls. There are Cochrane Reviews under way looking at other aspects of falls prevention, such as environmental, psychological and educational interventions and we will add those here when they are published. 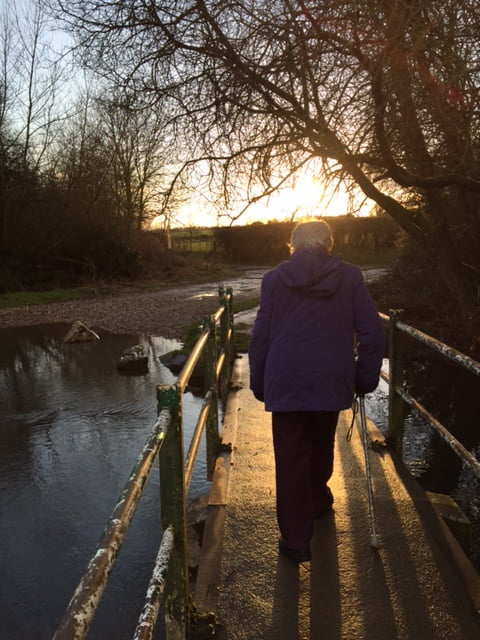 My lovely Mum died in April 2020, but she was able to walk independently until the last few days of her life.

Join in the conversation on Twitter with @CochraneUK and @SarahChapman30 or leave a comment on the blog.

After hip fracture: how best to help people get back on their feet by Sarah Chapman