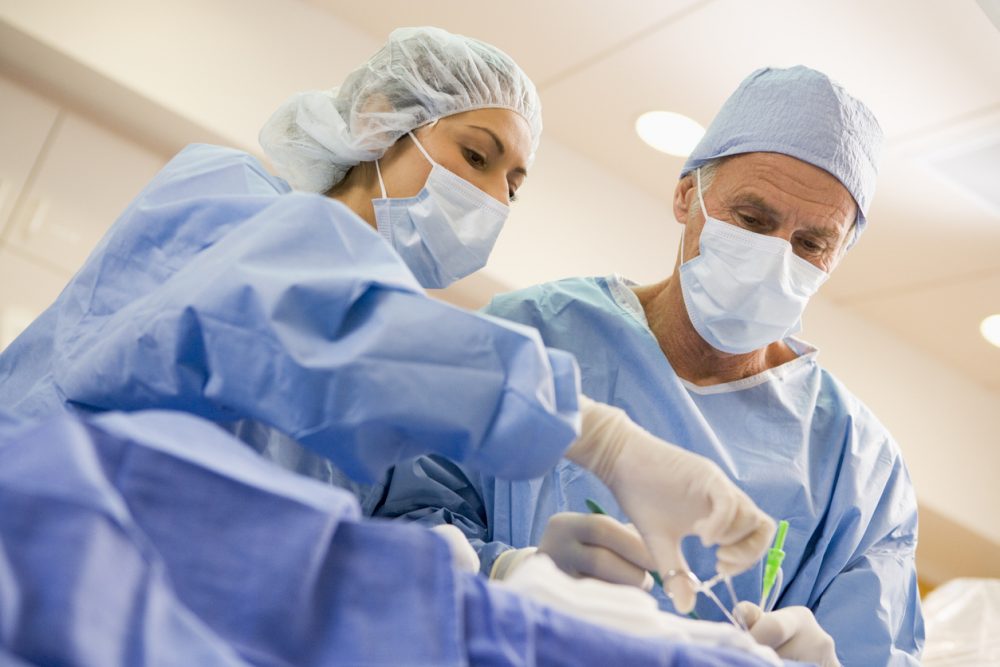 In a blog for medical trainees, Chris McAloon, a cardiology specialty trainee, reflects on evidence and practice for treating someone with ST elevation myocardial infarction (STEMI)

It is just after 2am and I have only just closed my eyes, then I hear the ear piercing bleep of the ST elevation myocardial infarction (STEMI) pager. I phone the switchboard to be told the patient is 10 minutes out. I start the walk to the emergency department, thinking about what to expect…

How do we treat a STEMI in the UK?

The majority of the United Kingdom is now covered by a primary percutaneous coronary intervention (PPCI) network. A PPCI is a procedure in cardiology where pictures of the coronary arteries can be taken by inserting catheters into the blood vessels. These catheters can be inserted into the coronary arteries and radiopaque dye injected and pictures taken using x-rays. If a culprit narrowing or blockage is found treatment can be implemented in the procedure; the clot can be removed and narrowings can be opened with balloons and stents (angioplasty). All patients suspected of having a STEMI and who are within 90 minutes of a PPCI centre are brought in 24 hours a day, 7 days a week, 365 days a year. Over the last two decades the shift in treatment for STEMIs has been from thrombolysis (clot busting drugs) to PPCI due to persistently reported superior patient outcomes in the latter.1,2 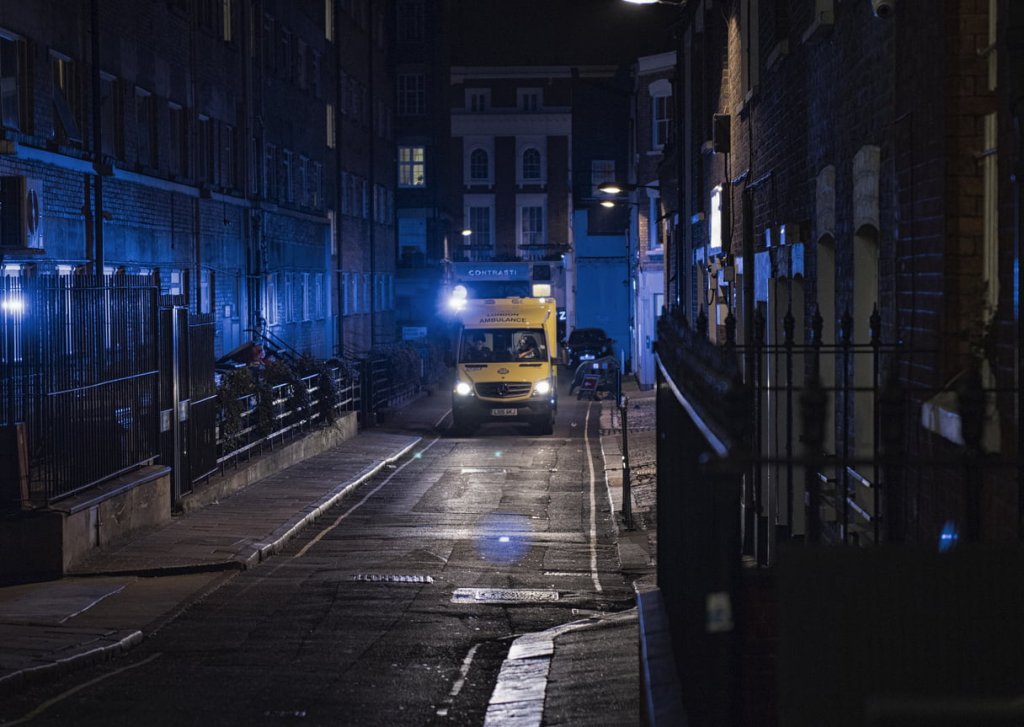 I arrive in the emergency department and read the patient summary; 79 year old man with type 2 diabetes mellitus who has had chest pain for over an hour’. Shortly after my arrival in the emergency department, the patient was brought in, clearly in pain, by the paramedic crew. The paramedic electrocardiograph (ECG) demonstrates inferior ST segment elevation. I proceed to undertake my focused assessment and consent for the PPCI we need to perform as an emergency. The patient agrees to the procedure after a discussion. All the loading medications (dual anti-platelets) are given and the patient is taken up to the catheter laboratory, where the rest of the team have assembled, including the Interventional Cardiology Consultant.

The Size of the Problem

Multi-vessel disease is present in 40% to 65% of patients presenting with a STEMI.3,4 Given the aging population and more complex co-morbidities, this frequency is likely to increase. The multi-vessel coronary artery disease in the context of a STEMI is a significant finding for the patient as the rates of one year mortality, non-fatal infarction and need for revascularisation are higher.5-7 On limited evidence, the recommendation from the American College of Cardiology /American Heart Association (ACC/AHA) and the European Society of Cardiology (ESC)8 was to tackle the culprit only lesion at the time of the STEMI. A multi-vessel approach is favoured in STEMI with cardiogenic shock.

As I stand in the catheter laboratory next to my consultant I ponder the challenge we face; do we just tackle the culprit blockage and leave the other narrowing alone? That may mean a procedure later in that admission or should we tackle the other lesions in the same sitting? What difference does this actually make to the patient? Can we cause harm by leaving or intervening on the bystander disease now? What about the implications on the service? (If we are doing a prolonged procedure and another STEMI occurs we cannot take them straight in to the catheter lab). What are the potential procedural risks of either approach?

A Change in Tone

Following several high profile randomised controlled trials (CvLPRIT 20159; DANAMI-3-PRIMULTI 201510 and more) a benefit was reported in taking a multi-vessel approach to revascularisation at the time of PPCI. The international guidance was subsequently updated to reflect this new evidence and recommend complete revascularisation in STEMI patients who are stable.11,12 However the AHA/ACC/ESC recognise the limited evidence in this area and only provide the recommendation to tackle non-culprit disease at the time of the STEMI in haemodynamically stable patients as a IIb recommendation (not strongly favoured!).11,12

The Core of the Problem

It still isn’t clear what the best strategy for the individual patient is when they present with a STEMI and have multi-vessel disease. For my patient should we tackle the culprit vessel and leave the other critical lesions, or tackle everything?

Several observational and randomised controlled trials over the last two decades have set out to answer this question. Bravo et al,13 recently published a Cochrane review on Complete versus culprit-only revascularisation in ST elevation myocardial infarction with multi-vessel disease. The meta-analysis is the most comprehensive on this topic to date. The inclusion criteria were sensible and real world; randomised controlled trials in STEMI patients with multi-vessel disease (full text, abstracts and unpublished data). Nine randomised controlled trials with 2633 patients enrolled were included in the analysis that compared complete (n=1381) vs culprit-only (n=1252) revascularisation in STEMI patients with multi-vessel disease. The primary objectives were long-term outcomes over 1 year (all-cause mortality, cardiovascular death, non-fatal myocardial infarctions and adverse events). Secondary outcomes were set over shorter time periods.

The studies included were varying in size and in the amount of data reported. The number of centres in each study varied and in some included studies the number of centres were not reported. Only 4 studies reported their drop-out rate. The complete revascularisation procedure was a staged procedure (performed later in the admission) in six studies, whereas in three other studies it was undertaken at the time of the index procedure. I cannot quite square how these trials can be truly comparable as they are different strategies (staged revascularisation versus index revascularisation). The patient will be at different stages in the pathological process and realistically this has to affect outcomes.

Randomisation to revascularisation strategy occurred at the time of the index angiogram, therefore blinding was not possible. This is acceptable in my opinion, as practically, how should this choice be made without making an informed decision (non-blinded)? Impressively many of the studies blinded the outcome monitors, to minimise detection and performance bias. Significant non-culprit disease was defined differently between each study, potentially influencing the actual decision to intervene in the real world. Undeniably the study designs did significantly vary between the comparable studies reflecting a limitation of the evidence in this field.

The populations were predominantly European with the exception of one Chinese study. Across the study the majority of participants were male and had a mean age in their sixties. Risk factors for coronary artery disease were reported by some (but not all studies). For those that reported risk factor frequencies in their populations the  prevalences reported were similar , except for Diabetes Mellitus (5.0%-41.2%).13 Application of the study data to individual patients depends on exactly who comes off the back of the ambulance.

The techniques and materials used reflect the broad history of angioplasty during the period in which the included studies were published (2004-2015), with changes in the types of stents and the techniques used. This would be an obvious source of variation between each study. From a quality perspective, it is concerning that several studies did not report any of this information.

So, what was found?

Overall the included trials demonstrated that the multi-vessel complete revascularisation strategy in stable STEMI patients has lower long-term rates of all-cause mortality, cardiovascular death and non-fatal myocardial infarctions. The occurrence of adverse events was no different between either strategy in both the short and long term. The results of this Cochrane Review are similar to other meta-analyses that have been performed in recent years.14,15

How relevant and reliable is this evidence?

Bravo et al13 provide the most comprehensive analysis of the evidence to date and this is mandated reading for all interventional cardiologists in my opinion. I agree the more recent randomised controlled trials suffer from some weaknesses, but overall they overcome these limitations in the context of this difficult area of research. However, the evidence was rated as low quality for the issues we have discussed earlier. It strengthens the case for more definitive evidence to be undertaken.

One of the major limitations of the evidence is the population of patients that have actually been studied. The studies to date have been predominantly male and Caucasian (presumably as all but one study is from northern Europe), which means basing decisions on these datasets for females and/or non-Caucasian patients is not backed up completely by the available evidence. Caution would have to applied at this time.

What about the second person that comes in?

Part of my problem is complete revascularisation strategies take time and therefore have implications for service provision. Most centres (in the UK) I know of have only one emergency catheter laboratory team on-call. This means only one emergency out-of-hours procedure can be performed at a time. A complete revascularisation approach as the standard of care will involve the emergency team working on one patient for longer. I foresee implications of this strategy given the current service in the UK. If another emergency comes in, and needs to go to the catheter laboratory, that patient will not be able to go immediately and this will impact on the potential benefit of a PPCI for the patient. A balance would need to be struck if complete revascularisation becomes the standard of care.

The decision of which revasculariation strategy is best remains hotly debated and very current. The broad concensus is the evidence reflects the need to adopt a multi-vessel revascularisation strategy in stable patients presenting with STEMIs. Many questions still remain regarding the exact strategy to use (staged vs indexed) and who will exactly benefit. Certainly the AHA/ACC and ESC have altered their recommendations in their latest version of guidance respectively. The concensus is more definitive evidence is needed to answer the question. However, my concern is in the UK what will the impact be on wider society if the PPCI service is engaged for longer during on-call periods.

The decision we took for my patient in the lab was to tackle the culprit artery at the time, as we were not yet convinced by the evidence (completely) and there was another STEMI on the way. Another busy night!

Chris McAloon has nothing to disclose.

Dr Chris McAloon is a cardiology specialty trainee in the West Midlands deanery, whom is currently out-of-program completing his PhD at University Hospitals Coventry and Warwickshire NHS Trust and the University of Warwick in heart failure and cardiac resynchronization therapy. Chris graduated from the University of Birmingham in 2007 and subsquently undertook one of the first academic foundation year one rotations, winning the West Midlands Deanery FY1 research prize. Currently Chris holds an honorary clinical tutor post at both the University of Birmingham and Warwick. In November 2015 he won the NIHR/RCP clinical trainee research prize, alongside presenting internationally and publishing several peer-reviewed articles. Chris is passionate about accessing medical research and the application of evidence based medicine, in particular cardiovascular research.

How should we deal with non-culprit lesions during a STEMI? A mid-night conundrum by Chris McAloon